It Came From The Attic: Part III 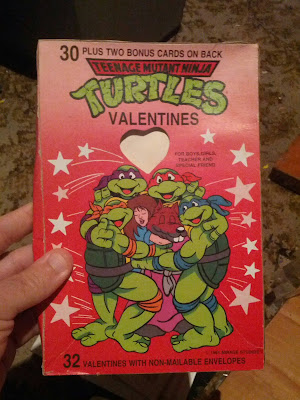 Teenage Mutant Ninja Turtles Valentines
Well, here we go, one last time! Staying with my Mom at my childhood home for a few weeks brought back a ton of memories and nostalgia, but looking through all the totes of stuff I own that have been stored in her attic really kicked those feelings into high gear. Today I will share a few of these TMNT items I have saved for decades with you.These Teenage Mutant Ninja Turtles Valentines are from the early 90s and there actually were still a few uncut cards left in the box. Was I the only one who picked out my favorite Valentine card from the box and gave it to myself? Also, why don't they include "Teacher's cards" on packages anymore? What up with that? 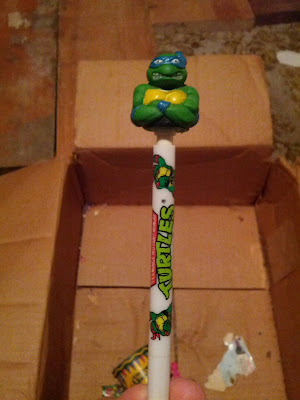 Teenage Mutant Ninja Turtles Pencil
I remember getting this from a local Hallmark store back in the mid-90s. It was quite a tough decision on which Turtle to pick. I usually go with my favorite, Donatello, but this time I went with Leonardo. Not sure why? I remember my Mom bought it for me to use for schoolwork, but it was used sparingly since this thing was like gold to me! 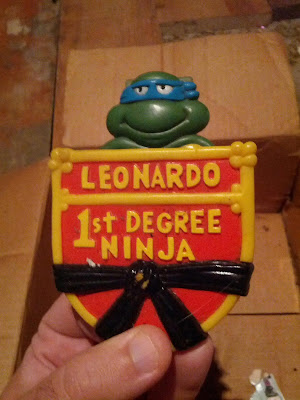 Teenage Mutant Ninja Turtles Burger King Toy
I remember these being a big deal on the playgrounds back when they hit Burger King in 1989. This was right before the movie came out at the height of Turtle-mania! I even remember them previewing the TMNT movie in their BK Kids Club Adventures Magazine! 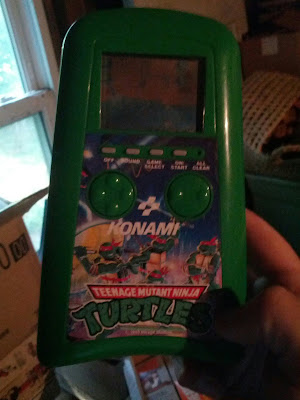 Teenage Mutant Ninja Turtles Handheld Game
This bodacious Konami handheld game came out in 1989. That was the same year Nintendo introduced the Gameboy to America. Even though these LCD handheld games were fun, the Gameboy came along and they became an afterthought. Before that time though, these games were the only way you could play your favorite games on the go. This Turtles game was a little tricky, but it definitely killed a few hours while on those family road trips during spring break! 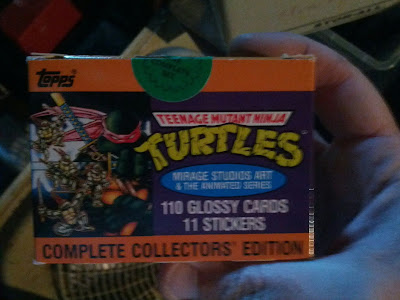 Topps Teenage Mutant Ninja Turtles Card Set
This set was released by Topps in 1989. This was the first set of Teenage Mutant Ninja Turtles cards ever released and contained 88 base cards, 11 stickers and 22 Mirage Studios Art cards. This set was special because it was the only way you could get these Mirage cards that featured artwork from the original comics. Each card was also given an upgrade from their standard release and came with a glossy finish. This is a very cool set that I am glad is in my collection! 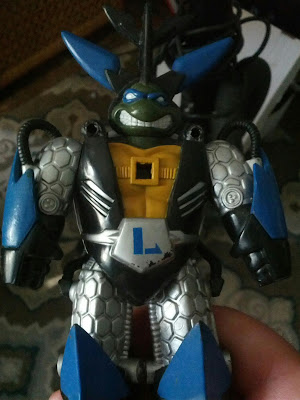 Leonardo Cyber Samurai Action Figure
A lot of people did not care for the Cyber Samurai Turtles, I on the other hand liked the futuristic take on our heroes in green. This series of figures came with the 4 Turtle brothers, Bebop, Rocksteady and Shredder. The figures by Playmates were also accompanied by a 5 part comic story that started in the Teenage Mutant Ninja Turtles Adventures published by Archie comics with #62. Check them out in all their radical glory in the commercial below! COWABUNGA!!!!