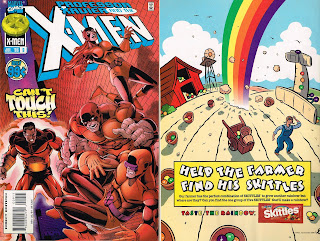 A few weeks ago I was placing an online order at the Midtown Comics website and decided to search for some Kool-Aid Man comics. The search came up empty for Kool-Aid Man, but something did pop up. It was an X-Men comic that had the subtitle "w/ Kool-Aid". At first I wasn't sure what that meant, but then I remembered that back in the 90's Marvel comics did a promotion with Kool-Aid where packets of the flavorful sugary drink were included in select Marvel titles. This must have been one of them! I put it in my shopping cart and about a week later the comics arrived! 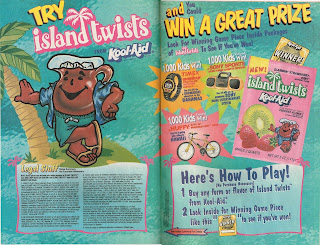 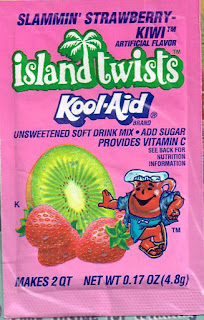 The flavor I received was Slammin' Strawberry Kiwi! I can honestly say that I don't ever remember tasting this twisted flavor back in the 90's, but the packaging alone takes me back to those hot summer days riding bikes with a water bottle full of Kool-Aid! Great stuff that I stumbled upon by chance. There were some other great ads included in this X-Men issue that I would like to share with you below. Scroll down and take a quick trip back to 1995! 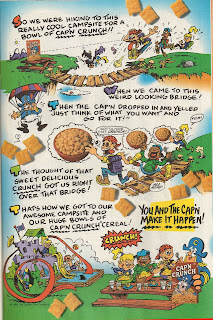 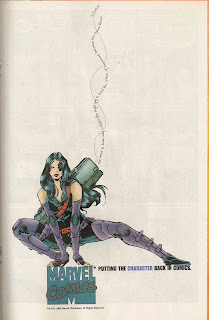 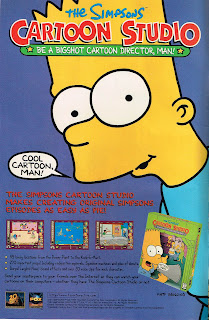 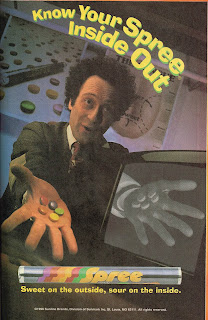 Cereal ads, candy craziness, a Marvel house ad featuring Domino and of course The Simpsons. This truly is a time capsule of the era. Even the cover of the X-Men book includes an M.C. Hammer "Can't Touch This" pun! I hope you enjoyed checking out some old ads, below you can view the vintage commercial promoting Kool-Aid's new Island Twist flavors. ENJOY!
Posted by Spyda-Man at 3:30 AM