Back in 1982 Marvel Comics started publishing a line of G.I. Joe comics under the "A Real American Hero" banner. The G.I. Joe cartoon was beloved by millions of kids and the toys were flying off the shelves, so it made sense that someone would want to cash in on this craze with a comic book. Writer Larry Hama crafted such amazing, endearing and legitimately entertaining stories in this so called "Kids" book that it is still looked at with fondness today  by us alleged grown-ups. With the success of the flagship title, Marvel decided to branch out with other spinoff series like "G.I. Joe: Special Missions" (1986), "G.I. Joe: Order of Battle" (1986), G.I. Joe/Transformers" (1987) and "Tales of G.I. Joe" (1988). 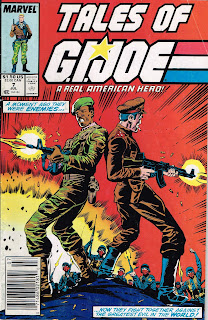 I recently found an issue of Tales of G.I. Joe on the $1 rack at my local comic shop and immediately picked it up. Most of the time when I find old, cheap books like this, it's not for the story or art...it's for the ads! The issue I picked up was from 1988 and features some ads that I honestly had never seen before! I'd like to share those ads with you now! Let me know if you have any memories of these in the comments below. 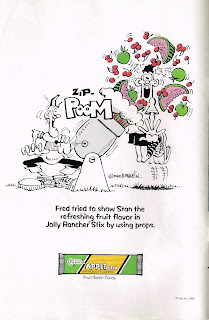 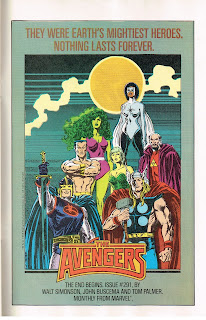 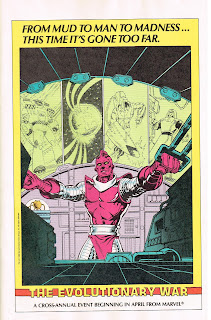 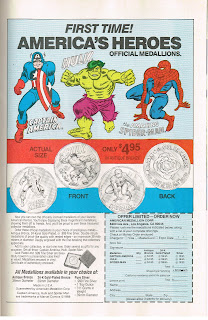 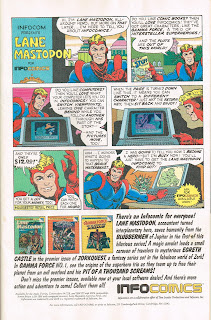 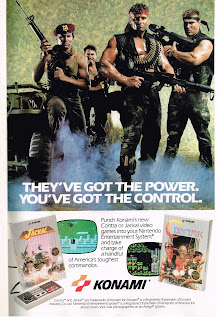 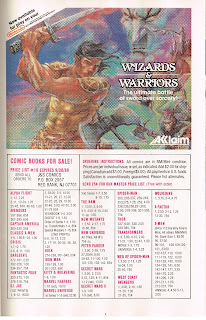 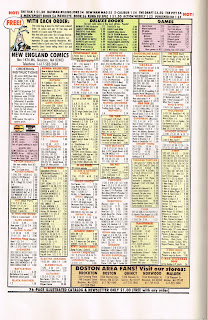 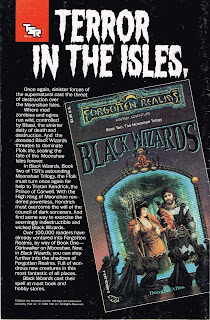 WOW! Those ads were amazing! Imagine if you could still get some of those deals from that New England Comics ad today? I'd buy almost everything off that page! How crazy would it have been if we got a Contra movie or series based off the video game ad above? Would have blown my mind back in the 80's! Who am I kidding, still would blow my mind today! My other favorite out of the bunch would have to be that Jolly Rancher ad with artwork by Don Martin. Really takes me back to the days of wasting time at the library reading MAD Magazine. I hope you enjoyed checking these ads out as much as I did. Which was your favorite?
Posted by Spyda-Man at 3:30 AM