Saturday, May 7th is Free Comic Book Day! You can go to your local comic shop and choose from a variety of great comics from publishers like Marvel, DC, Darkhorse and more! If you want more info or need to know what shops are participating, check out the Free Comic Book Day website. Every year I take my kids out and make this day an event. It's something we look forward to every year. Here are my top five comics for the 2022 FCBD: 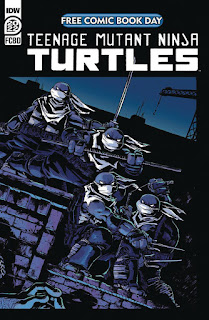 TEENAGE MUTANT NINJA TURTLES
(W) Tom Waltz (A/CA) Sophie Campbell
The Ninja Turtles have broken out of the locked-down neighborhood of Manhattan known as Mutant Town . . . but which Ninja Turtles? And is that... VENUS(!)... spying on them?! As all new mutants haunt and terrorize NYC, enemies and allies of the TMNT alike prepare for a confrontation greater than any that has come before . . . the Rat King's diabolical Armageddon Game! The TMNT event of 2022 starts here from Tom Waltz, Sophie Campbell, Ronda Pattison and Kevin Eastman! 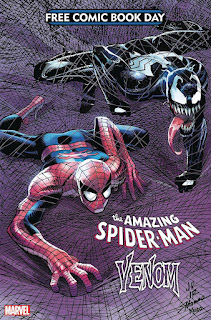 SPIDER-MAN & VENOM #1
(W) Al Ewing, Ram V., Zeb Wells (A) Bryan Hitch (A/CA) John Romita
Announced last week, Spider-Man is gearing up for a brand-new era just in time for the character's 60th anniversary! Fans who pick up FREE COMIC BOOK DAY: SPIDER-MAN/VENOM #1 will see the very beginning of the major storylines writer Zeb Wells and legendary artist John Romita Jr. have planned for their run on AMAZING SPIDER-MAN, including Tombstone's first steps towards becoming Spidey's most terrifying villain. FREE COMIC BOOK DAY: SPIDER-MAN/VENOM #1 will also give fans a chance to check out the thought-provoking work Al Ewing, Ram V, and Bryan Hitch are doing on VENOM! The groundbreaking changes this mastermind trio has in store for the symbiote mythos starts here! 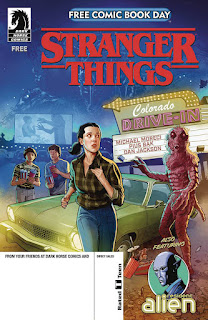 STRANGER THINGS/RESIDENT ALIEN
(W) Michael Moreci, Peter Hogan (A) Pius Bak, Steve Parkhouse (CA) Diego Galindo
Celebrating the weird and wonderful, we present stories both strange and alien! In Stranger Things, Eleven, Will and Jonathan go to a drive-in theater for a double creature feature, but the local festivities and scary costumes bring back haunting memories. In Resident Alien, Dr. Harry and nurse Asta help an elderly patient in the sleepy, small town of Patience investigate a ghostly presence in her house!Exclusive Original Material. 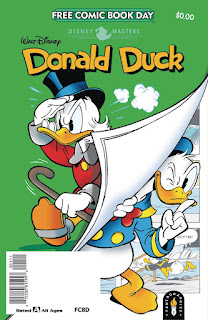 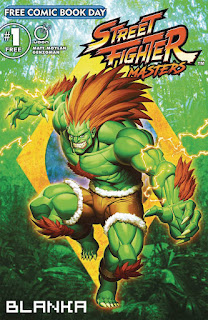 STREET FIGHTER MASTERS: BLANKA
(W) Matt Moylan (A/CA) Genzoman
It's time to go green with Blanka, the Brazilian berserker beastman! This electrically-charged icon of Street Fighter tears through the jungles of the Amazon in his first solo comic adventure!Exclusive Original Material
Posted by Spyda-Man at 3:30 AM