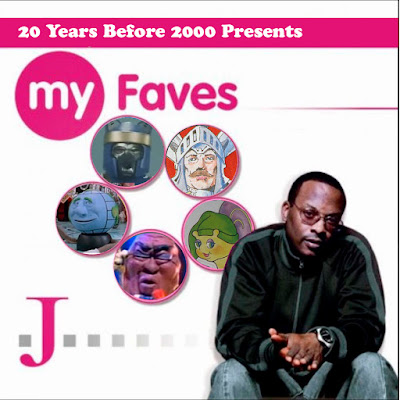 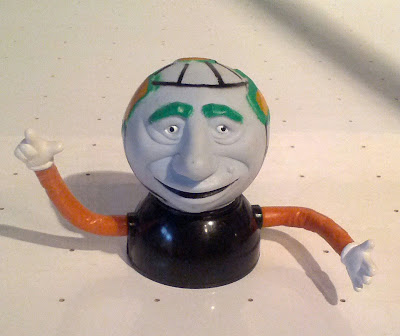 Pee-Wee's Playhouse Globie  (Matchbox, 1988)
I always loved Pee-Wee's Playhouse! Who didn't want to live their days out in that crazy place filled with talking chairs, robots, tiny dinosaurs and wacky neighbors! Even after the effects of his arrest in 1991, I still was a closet Pee-Wee fan. I remember kids revolting and destroying his merchandise right in front of my eyes. I will never be able to unsee a talking Pee-Wee doll thrown into a pond. His floating body just sitting their lifeless! Anyway...back to the now! I saw this figure in a Goodwill grab bag and for a few bucks I had my own personal Globie! 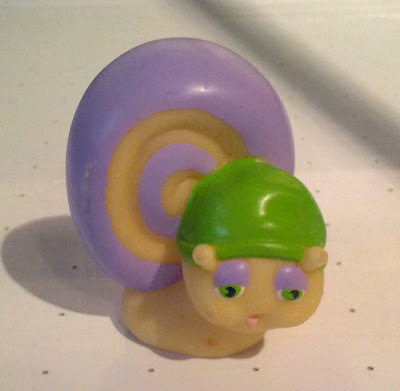 Glo-Snail (Playskool, 1984)
I always wanted a Glo-Worm doll, but never got one. The closest we got were these glow in the dark figurines. In addition to this Snail, I also had a Glo-Spider and Glo-Cricket. There wasn't any articulation to these figures, but they were great to play with after the parents shut the lights off for bedtime! 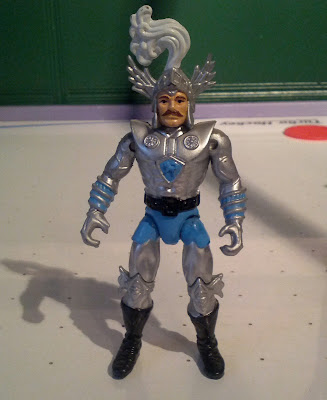 D&D Strongheart Paladin (LJN, 1983)
The LJN Dungeons & Dragons toy line is extremely underrated! There were so many amazing figures in that line that ranged from sweet action figures (Warduke, Zarak) to huge evil monsters (Tiamat, Minotaur) to the amazing Fortress of Fangs playset! Once again, I found this legendary character in a grab bag at Goodwill. You can really find some good stuff there! 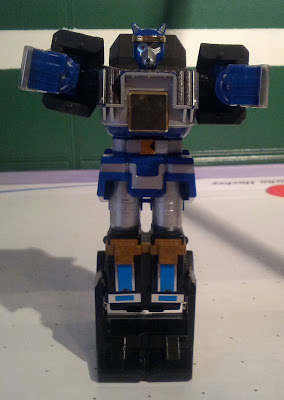 Blue Shogun Zord (Bandai, 1995)
My little brother was a huge fan of the Power Rangers and I must admit that I got sucked into the early years of the Mighty Morphin Power Rangers series. Mostly because of Ernie, the juice bar guy...not really. It's probably because the series was like a live action version of Voltron. But with every new season my interest waned and by the time the Shogun Zords made it to Earth in an attempt to stop the baddies from space, I was no longer watching. But hey, it was Power Rangers, the toy was cheap and I ended up buying it! 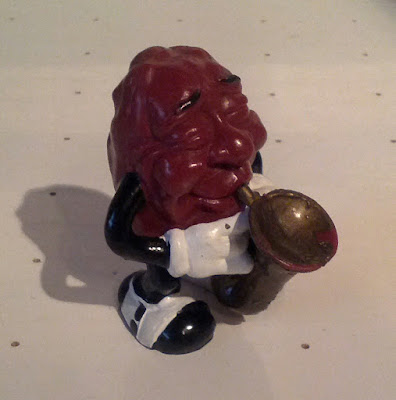 Saxy California Raisin (Applause, 1987)
The California Raisins were a bunch of cool guys! They had their own set of sticker cards, a Christmas Special and even a few albums released! I owned the "Sweet, Delicious & Marvelous" cassette tape and it introduced me to such great songs as "Sittin on the dock of the bay" and "Tracks of my tears". What ever happened to these guys? You can listen to their hot album tracks in the YouTube link below...ENJOY!
Posted by Spyda-Man at 3:58 PM