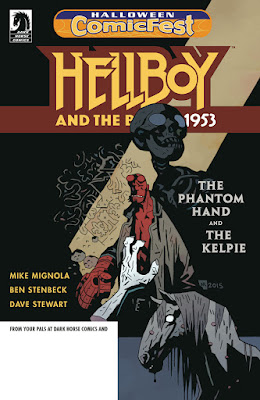 HELLBOY & THE BPRD 1953 PHANTOM HAND & THE KELPIE
Hellboy's first experiences with Bruttenholm in England involve the phantom hand of a murderer and a demonic water spirit in stories reminiscent of the early Mignola masterpiece "The Corpse."
(W) Mike Mignola (A) Ben Stenbeck (CA) Dave Steward 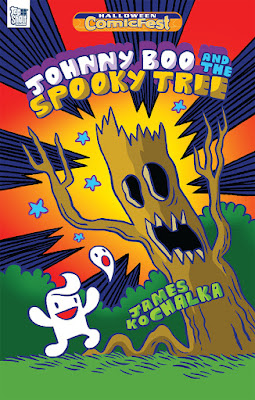 JOHNNY BOO & THE SPOOKY TREE
Are you scared of scary stuff? Don't worry, Johnny Boo will keep you safe with BOO POWER! Being scared can be really fun... when you're the best little ghost in the world! It's a brand-new spooky adventure from the Eisner-Award-winning mind of James Kochalka!
(W) James Kochalka (A/CA) James Kochalka 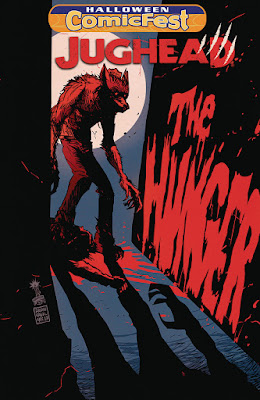 JUGHEAD THE HUNGER #1
Got an appetite for HORROR? Then this is the perfect book to kick off your Halloween celebrations! Jughead Jones is a werewolf, and Reggie Mantle has fallen victim to Jughead's monstrous ways. Now Betty Cooper: Werewolf Hunter along with Archie Andrews are hot on the trail of Jughead.
(W) Frank Tieri (A) Pat Kennedy, Tim Kennedy, Bob Smith (CA) Francesco Francavilla 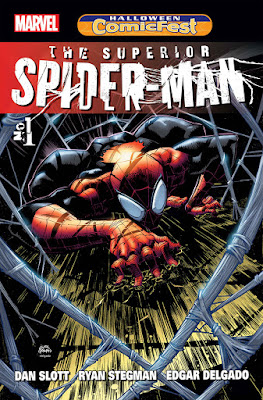 SUPERIOR SPIDER-MAN #1
Doctor Octopus claims the ultimate victory over Spider-Man! After years of defeats at the wall-crawler's hands, Otto Octavius achieves the unthinkable-putting his mind in the body of Peter Parker! As one Amazing era ends, a new one begins for a smarter, stronger, Superior Spider-Man! Celebrate this OCKtober with this epic from Spider-Man legends Dan Slott and Ryan Stegman!
(W) Dan Slott (A/CA) Ryan Stegman 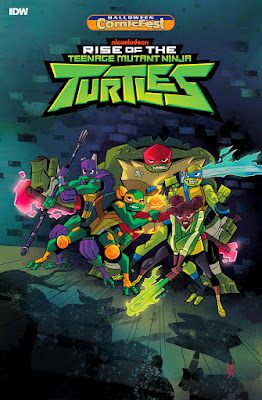 
A lot of comic shops go all out during this event and put on costume contests, invite special guests and giveaway fun prizes. My comic shop will just be giving away the comics, which is still okay by me. To see if your local comic shop is holding an event, check Halloween Comicfest news or see all of the comics being given away this year visit www.HalloweenComicfest.com!
Posted by Spyda-Man at 3:32 AM