My 2010 Interview With Rob Zombie 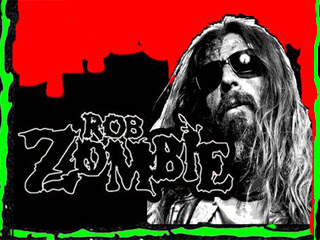 Back in 2010 Rob Zombie and Alice Cooper rode into town for their "Gruesome Twosome" tour. I had set up a chance for our news team to conduct an interview with Rob Zombie, but at the last minute we had breaking news and no one could meet with him. Not wanting to lose this opportunity or any future opportunities for interviews with the concert promoter, I grabbed a photog and we went to the arena to interview Rob Zombie. He was a very nice guy and I am glad I was granted this opportunity to sit down and chat with Rob Zombie before his performance with Alice Cooper that night. Below are a few excerpts from this interview: 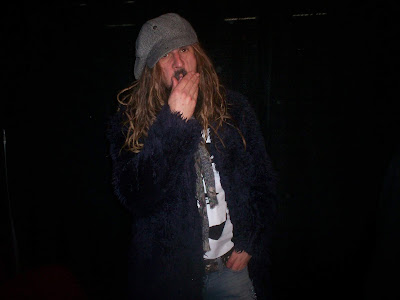 Question: In 1996 you recorded "Hands of Death" with Alice Cooper for an X-Files compilation album. Did that kick off you musical relationship?
Rob Zombie: Before that I had met [Alice Cooper] in '94. I presented an award to him and then I believe in '95 he came on stage one time and played with us, with White Zombie. That's when we first did anything.

Question: You've toured with Ozzy Osbourne and now Alice Cooper, which has been the wildest for you?
Rob Zombie: Alice is everything to me. I like Ozzy, but Alice was the person I grew up loving and he set the standard for live shows. So, I think that I would give Alice everything over Ozzy on that front. Everything about him is the best.

Question: Did Alice get you to golf yet?
Rob Zombie: No, Alice goes golfing all the time, but I don't go with him 'cause I don't golf. You know? I'm not gonna go there and goof around. 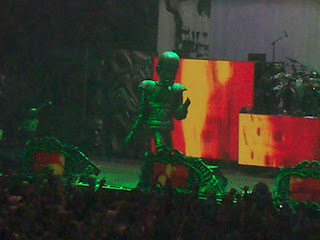 Question: What can we expect from the Gruesome Twosome?
Rob Zombie: We've decided in a very humble manor that this will be the greatest rock and roll show you will ever see! EVER! And if you think you'll ever see a better one, you are sadly mistaken. 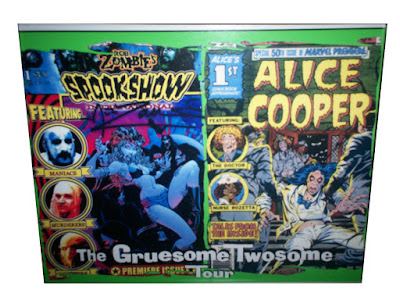 After the interview Rob Zombie gave me a signed picture and then went on his way to prepare for the show. I brought a few friends to the Gruesome Twosome tour that night and Rob Zombie and Alice Cooper really did put on an amazing show! If you ever get the chance to see these guys perform, go for it! It's not even my type of music, but I could appreciate the show they put on for their fans. It really is worth the price of admission. Here is a clip from the interview where Zombie talks about his Halloween movies and why he enjoys making comics, enjoy!
Posted by Spyda-Man at 3:02 AM