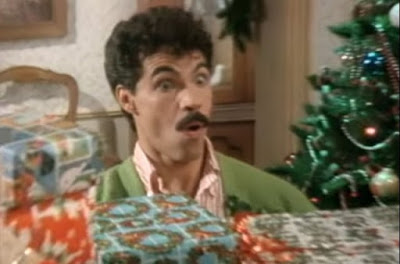 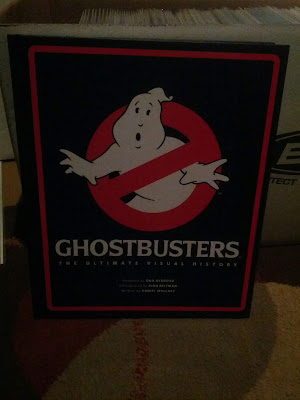 Ghostbusters: The Ultimate Visual History Book
I love this book! I have been a huge fan of the Ghostbusters since the awesome foursome hit screens in 1984 and I thought I knew a lot about the series, but according to this book I didn't know as much as I thought I did. This book goes deep into the creation & production of the 2 original films. This is a fantastic read for any Ghostbusters fan with some bonus extras included inside. 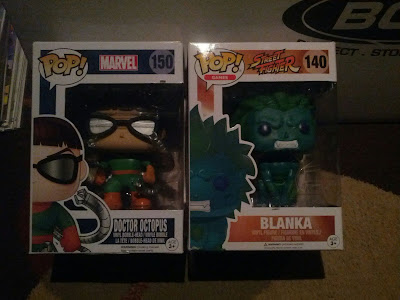 Funko Pop Doctor Octopus & Blanka
I collect Funko POP figures, but I am not a ravenous collector. I usually grab the figures I like from series that hold a special place in my life. My wife picked me up these two guys because she knows I am a fan of ol' web head and she heard me say Blanka was my favorite Street Fighter II character while I was playing the game with my kids. I guess my wife does listen to me every now and then! 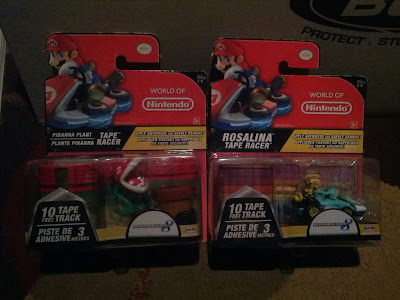 Super Mario Kart Piranha Plant & Rosalina Figures
My wife admitted that she picked these up for me because they were on a smokin' clearance sale at Barnes & Noble. I think they are pretty cool, but I will probably hand them down to my son so we can add them to his Super Mario figure collection. 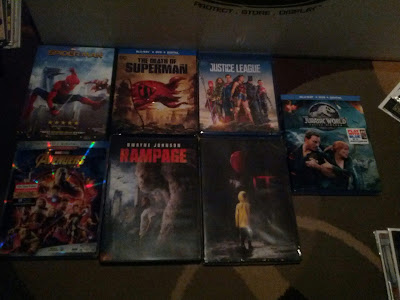 Movies!
I rarely make it out to the movie theater to see a movie above a PG rating these days, so my wife picked me up a great selection of movies I have missed over the last year. Included are Spider-Man: Homecoming, The Death of Superman, Justice League, Jurassic World: Fallen Kingdom, Avengers: Infinity War, Rampage and Stephen King's IT. Can't wait to find the time to watch these flicks! 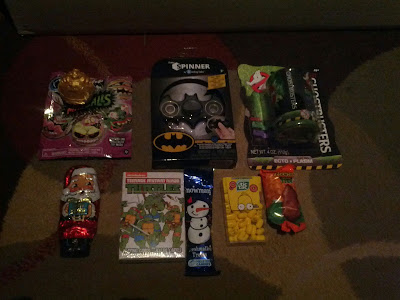 Stocking Stuffers
I freakin' love stocking stuffers! Ever since I was a kid I couldn't wait to rip into the stocking on Christmas morning to find the cool little gifts Santa had brought in addition to all the edible goodies inside. This year was no different. I got a mini Horn Head Madball, Batman Fidget Spinner, Ghostbusters Ecto Plasm container, Ninja Turtles Playing Cards and some sweet treats! 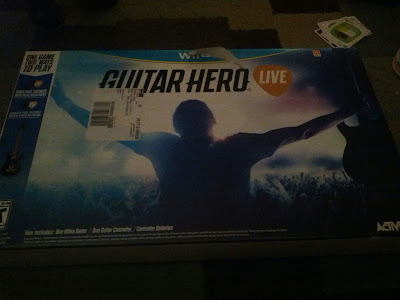 Guitar Hero Live for the WiiU
I kind of looked at my wife confused when I opened this one. I hadn't played Guitar Hero since it was on the PS2 and really hadn't shown any interest in picking my guitar back up, but once again my wife found this on a great Black Friday deal and thought I would enjoy it. I was skeptical, but I plugged in my pretend amp and myself and the kids had a blast playing this game again!
Well, that's it for this past Christmas. I hope yours was merry, bright and full of good tidings. Now enjoy a full hour of Christmas commercials from the 90's to tide you over until next year! Merry Christmas!
Posted by Spyda-Man at 3:50 AM