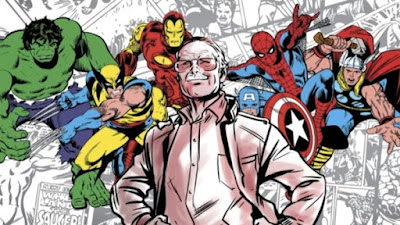 As I'm sure you have heard, legendary creator Stan Lee passed away at the age of 95 this week. Stan Lee was a titan in the comics industry and in his lifetime he was a playwright while in the military, editor in chief, writer and founder of several media companies and conventions. Lee will be best known for his time at Marvel Comics where he created or co-created such iconic pop culture characters as Spider-Man, Hulk, The Fantastic Four and so many more. I will always admire his writing, but there are a few moments from his life that standout to me more than others mostly because of the enjoyment they gave me. Here are a few of those great moments.


Deadpool 2 Trailer Cameo
I had come to expect the usual Stan Lee cameo in most Marvel movies, but never did I expect him to show up in a trailer for the movie of a character he didn't even create! I was anticipating the release of the new Deadpool movie since I really liked the first one, so when this new teaser trailer came out I was all over it. I started watching and chuckled as the Merc with a mouth struggled to put on his costume in a phone booth ala Superman. But the biggest laugh came when Mr. Pool jumped out only to hear Stan Lee say "Nice Suit". In which Deadpool replied "ZIP IT STAN LEE"! Loved it!

Spider-Man PS1 Game Voice Over
I loved this game! It was fun, had some challenge and it contained tons of cool Easter Eggs. One thing that stood out though was the narration by Stan Lee. No matter how old he was, you could always hear the excitement in his voice whenever he was talking about comics or one of his many creations. This carried over to his voice acting roles. You could just tell he was having fun, which made this gaming experience all the more better!


Teen Titans Go to the Movies Cameo
I just recently watched this animated feature with my kids a week or two ago. I had read that Stan Lee had a cameo appearance in the film, but totally forgot about it by the time we watched the DVD. Once again Stan Lee steals the show in a scene with characters from DC! My kids burst out laughing as he was hit by a runaway golf cart only to be tossed aside while finally delivering his signature line, "EXCELSIOR"!

Big Hero 6 Cameo
This one totally caught me by surprise. I had no idea Stan Lee had a cameo in this Marvel/Disney animated film. During the movie one of the heroes, Fred, stares at a portrait of his family and I thought his dad looked like Stan Lee. I just thought this was a nice little Easter egg to the man himself, but in the post credits scene it turns out Fred's dad really was played by Stan Lee and he outs himself as a legendary super-hero! Great scene! Wish they could have expanded on this in the inevitable sequel. 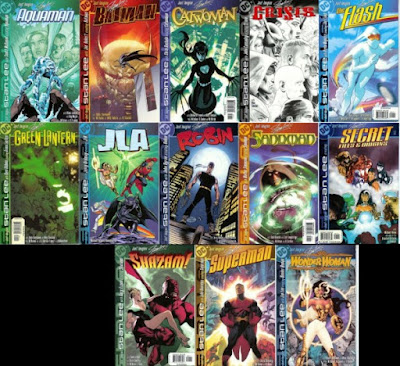 Just Imagine...Stan Lee creates the DC Universe
This was a totally crazy idea from the minds at DC. It was almost a What if scenario. Just Imagine Stan Lee created Batman, Wonder Woman, Superman, etc. What would that have looked like? Well, we got a peak into that world and we got some great stories and some not so great stories. This was just a really cool idea and I enjoyed reading Lee's take on these super-heroes. They universe he created in these one-shots has even become cannon in the DC Universe as Earth-6! 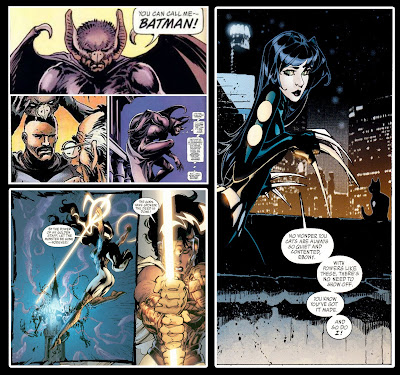 Hopefully these few examples took you on a nice trip down memory lane. Stan Lee may be gone, but his influence, characters and love for comics will last forever in the hearts of all the true believers out there. I hope you all enjoy the legacy Lee has left and pass those memories and works on to your family. Thank you Stan Lee and EXCELSIOR!!!
Posted by Spyda-Man at 4:17 AM