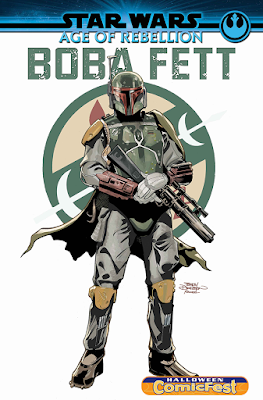 STAR WARS: BOBA FETT #1
THE HUNTER'S HEART!  As the implacable bounty hunter who tracked down HAN SOLO, BOBA FETT earned his reputation as one of the greatest villains in the galaxy.   But what happens when Boba Fett picks up the trail of an actual villain?  Find out what kind of heart - if any - beats under that MANDALORIAN armor!
(W) Greg Pak (A) Marc Laming 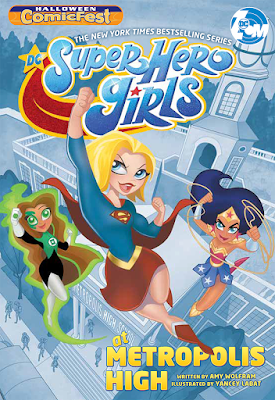 DC SUPER HERO GIRLS METROPOLIS HIGH
When Batgirl, Wonder Woman, Supergirl, Green Lantern, Bumblebee, and Zatanna are continually late to class because of their crime-fighting, they are sentenced to finding an after-school club for a whole week ... or else they'll be suspended! But finding a club is not as easy as it looks, and when the girls keep finding themselves kicked out of the clubs they like, they must think outside of the box and go outside their comfort zones to avoid suspension. This first chapter from the DC SUPER HERO GIRLS: AT METROPOLIS HIGH graphic novel is perfect for ages 6-10 and a great entry point into the DC Universe. 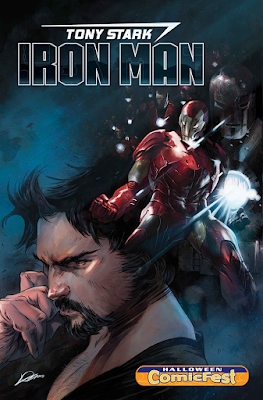 IRON MAN ROAD TO IRON MAN 2020 #1
The Road to IRON MAN 2020 starts here!  From the cusp of tomorrow's dreams to the forefront of imagination, one man always soars on the cutting edge of adventure! You know his name. Tony Stark is Iron Man.  And Iron Man...is an idea. Always changing. Always evolving. An idea without limit!  The future is now. Strap in!
(W) Dan Slott (A) Valerio Schiti (CA) Alexander Lozano 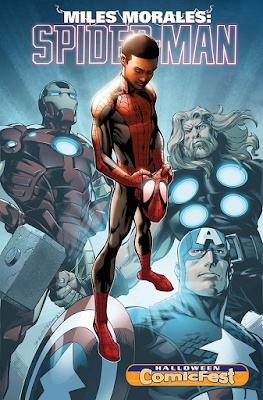 MILES MORALES SPIDER-MAN #0
Showcasing Miles first appearance from Ultimate Comics Fallout #4! The Ultimate Universe's Peter Parker is dead, felled by a bullet and his arch-nemesis the Green Goblin. But though the teenage web-slinger is gone, his memory lives on with the introduction of the new Spider-Man - Miles Morales!
(W) Brian Michael Bendis, Jonathan Hickman, Nick Spencer (A) Mark Bagley, Sara Pichelli, More 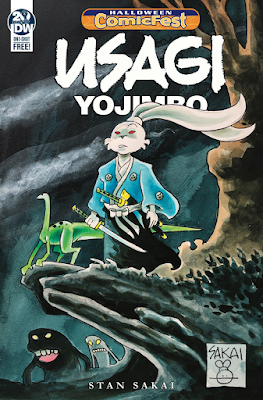 HCF 2019 USAGI YOJIMBO
Join Usagi as he faces off against a rather unusual- and monstrous- adversary! This free spooky tale featuring everyone's favorite rabbit samurai is sure to delight trick-or-treaters of all ages!
(W) Stan Sakai (A/CA) Stan Sakai
A lot of comic shops go all out during this event and put on costume contests, invite special guests and giveaway fun prizes. My comic shop will just be giving away the comics, which is still okay by me. To see if your local comic shop is holding an event, check Halloween Comicfest news or see all of the comics being given away this year visit www.HalloweenComicfest.com!
Posted by Spyda-Man at 4:30 AM