These figures are totes DORBZ!

Over the years I have collected certain Funko POPs figures, but mostly just of characters I really enjoy. These have included the Teenage Mutant Ninja Turtles, Stranger Things, Spider-Man and Street Fighter. I had seen the Dorbz figures, also released by Funko, at stores before, but never really wanted to pick them up. That is until our local Hastings store was closing and I was able to grab some for around $3 each. 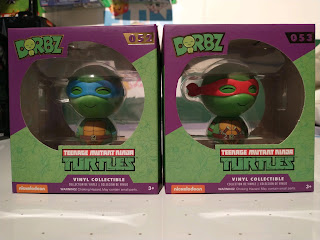 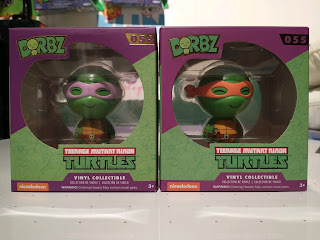 The figures in question were these Teenage Mutant Ninja Turtles! I was able to pick up Leo, Raph & Donnie for the $3 price tag, but there were no Mikey's available. I waited until I was able to find one on ebay for a good price. I think I paid around $5 for him and was able to complete the set! 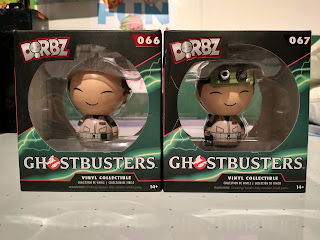 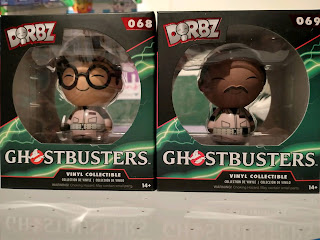 A few years later I spotted these Ghosbusters Dorbz figures on clearance at Gamestop. Once again they were around $3 each and I was able to add Peter, Ray & Winston to my collection. It wasn't until about a month ago that I was able to add Egon to the team. I paid around $7 for him and I am glad the crew is back together to bust some heads...in a spiritual sense of course! 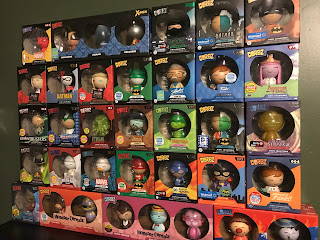 The Funko Dorbz line was just as vast as their POPs line with characters from Marvel to DC to horror icons like Jason to cartoon favorites like He-Man. There was a Dorbz out there for everyone. They just never caught on like the POPs and were recently discontinued. I wasn't a huge fan in the beginning, but these figures have grown on me for their cute faces and really affordable price point. I suggest you pick some up to add to your collection and enjoy! They are pretty awesome!!
Posted by Spyda-Man at 3:30 AM