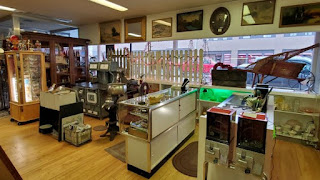 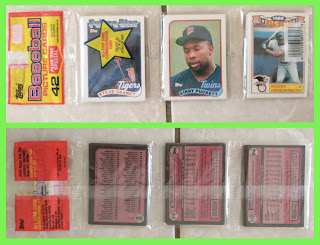 1989 Topps Baseball Pack
I have collected baseball cards since 1987 and recently the hobby has become quite the cluster. Resellers are snapping up everything they can before collectors like myself can even get a pack. Cards that used to sell for around $2 a pack last year, will now set you back at $25 on the secondary market. I found this unopened Topps pack at one of the booths for $5! I could see the pack contained several Hall of Fame players like Kirby Puckett, Rickey Henderson and a Craig Biggio rookie card. Those guys alone justified the $5 price tag. Hoping to score a fresh Bo in this pack! 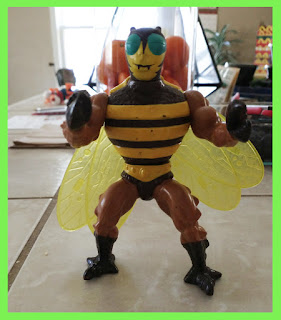 Masters of The Universe: Buzz-Off
Buzz-Off was one the first Masters of the Universe action figures that I ever owned, so he holds a soft spot in my heart. He was $7 and I was happy to find that he still had his wings, so Buzz-Off is now hanging with He-Man & Skeletor on my MOTU shelf in the basement. 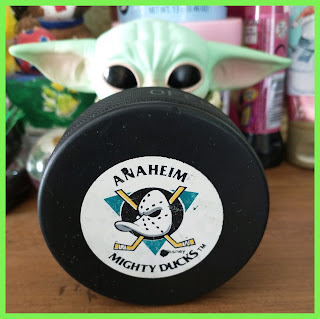 Mighty Ducks Puck
Myself & my kids had been watching an episode of the new Mighty Ducks: Game Changers series on Disney+ every Saturday as part of our weekend morning routine. We just finished the series a few weeks ago and we all loved it! It was nostalgic and a bit predictable, but still a very fun watch. We saw this puck in a case and probably overpaid for it at $5, but we were still in the afterglow of the Don't Bothers big win. It now resides on my daughter's dresser in the girls room. 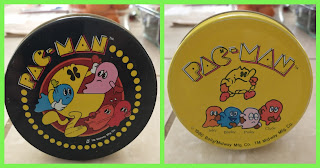 Pac-Man Candy Tin
I am a sucker for anything that is vintage Pac-Man. This tin was produced in the early 80's at the height of "Pac-Man Fever" and at one point held candy inside. I know this because their was still 40 year old candy residue in it! I did a quick Google search and saw that these tins can go for around $30, so not a bad pickup for $3. 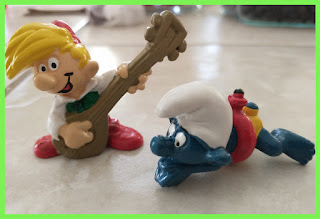 Swimming Smurf and Peewit
We saw quite a few Smurfs at some of the booths in the antique store, but the prices were higher than what I would like to pay. As I said in a previous post, I have loved the Smurfs for as far back as I can remember. I still even have the Smurfs blanket my Mom made back when I was about 2 years old! Anyway, I found these 2 Smurfs figures for $3 each. I picked the swimming Smurf because my neighbor used to have him and I loved playing with him and I had never seen a Peewit figure before and thought he would be a cool addition to my Smurf collection. Now I just need to find a figure of his buddy, Johan! 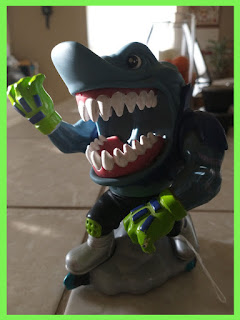 Street Shark Streex
Any time you find a Street Sharks figure, you must pick it up! This one was in good shape for around $7. My younger brother loved the show and toys back in the 90's, but I always thought they were a TMNT ripoff. I guess that's partly true, but it wasn't until recently that I have come to appreciate these heroes who kick some serious fin. I have been watching the cartoon with my son recently and I see the joy in his face while it's on and I can finally see it for what it's worth. It's a fun trip back to the 90's full of absurd action and characters with a JAWSOME intro song. I'd like to end this post by sharing that song with you below...ENJOY!
Posted by Spyda-Man at 3:30 AM