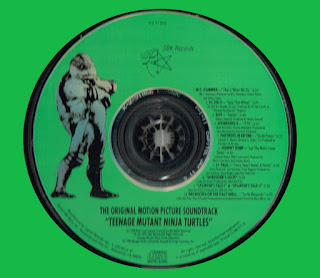 The year was 1990 and "Turtlemania" was in full swing. The Ninja Turtles had a crazy successful action figure line from Playmates, the Ninja Turtles animated cartoon was must see TV and the comics by Mirage and Archie were fire! The next major hurdle for the boys in green to conquer was the big screen! I remember finding out about this mind blowing movie while reading the BK Kids Club magazine that was given out at Burger King in the 90's. We got our "1st Degree Ninja Badges" in our meals and poured over the single photo featuring one of the Ninja Turtles in all his live action glory!
When the Teenage Mutant Ninja Turtles movie dropped on audiences in March of 1990, my Dad took me and my brother to see this cinematic masterpiece and we loved every second of it. That year and many years after we were fully immersed in the Ninja Turtle marketing machine. We played the video games, ate the cereal, slept under the warmth of the bedsheets and of course rocked out to the official motion picture soundtrack!
We never did call that 900 number in the ad above, but we did own the soundtrack on cassette tape. I still have my original copy and the exclusive sticker that was included inside the packaging still holds a special spot in my old sticker album right next to some other radical renderings of the Turtle Boys. 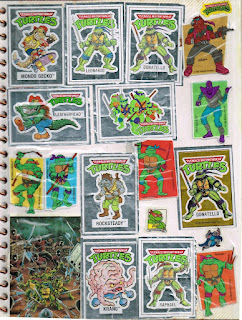 I never did own the CD version of the TMNT soundtrack when I was a kid, but a few years ago I remedied that situation and bought a brand new copy off ebay for around $5 and yes, it came with another copy of the exclusive sticker! 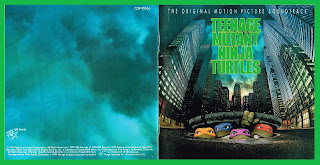 Since you're all here, we might as well take a peak inside the CD booklet and see what's within it's pages. Here we go! 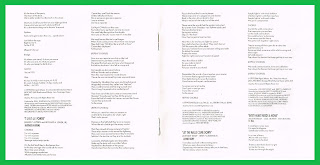 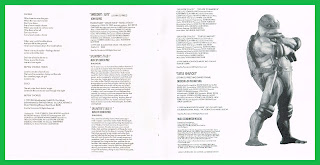 I loved when CDs or cassettes would include the lyrics to songs. It was a great way to sing along and learn the words for yourself. I can still see myself and my brother sitting in what we dubbed as our "Nintendo Room" playing Teenage Mutant Ninja Turtles II: The Arcade Game on our Nintendo Entertainment system as we listened to the Ninja Turtles soundtrack on our Walkman cassette players. We would swap the NES controller back and forth. While one of us was playing, the other was jamming out to tunes by M.C. Hammer, Hi-Tek 3 and Partners In Kryme while reading the soundtrack insert. Those were fantastic times spent with my brother and that is one of the main reasons why I love this soundtrack so much. It is filled with personal nostalgia and it also features some bangin' 90's jams! 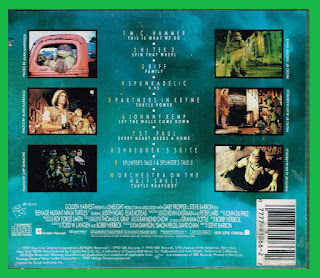 Do you have any memories of owning or listening to the TMNT movie soundtrack? Do you have a favorite song on the album? Let us know in the comments below and as always...Thanks For Reading!
Posted by Spyda-Man at 3:30 AM