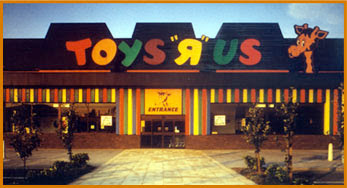 A few weekends ago I took my kids to our local Toys R Us for a FREE Mega Construx build! We had time to kill, so we looked at all the awesome toys at the store. I was surprised to see so many toy lines from my childhood still available on the shelves. Here's part 2 of a few of the cool things I found: 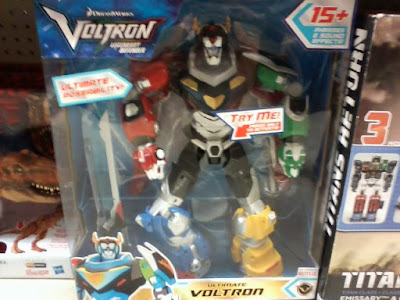 Ultimate Electronic Voltron ($39.99)
I loved Voltron as a kid! It was such an awesome premise for a kids show. Five robot lions come together and form one giant robot that uses a blazing sword to protect the universe from giant monsters. I was sold! With the success of the latest DreamWorks revival of Voltron on Netflix came a new line of toys. This "Ultimate" version has lights, sounds and the Green Lion can shoot out a laser projectile! 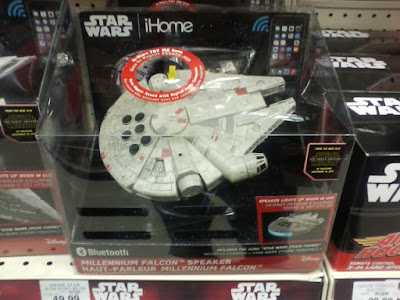 Star Wars Millennium Falcon iHome & Alarm Clock ($49.99)
Star Wars has been around for a long time and it's great to see that the franchise is still as popular as ever! My 5 year old son had one wish for his last birthday...a Millennium Falcon Alarm Clock! His wish was granted and every morning at 7am he is awoken by the sweet sounds of the Falcon taking off into space. He also uses the clock to listen to the radio while he is playing in his room.

Ninja Turtles Mega Bloks sets ($1.99 - $99.99)
These kind of caught me by surprise. Yes, I had known that Mega Bloks was making these sets but I didn't know they were being put on clearance at such great prices. You can pick up the individual mini-figs for under $2 each and the Krang set was only $16.95! I bought a few for future gift giving holidays and birthdays. Also, that Raph in human disguise is amazing! 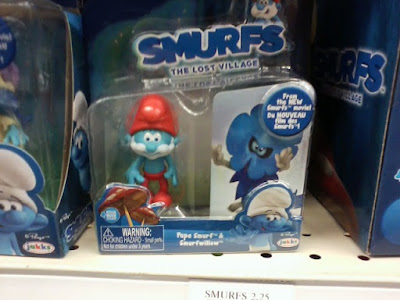 Smurfs: The Lost Village Figures ($3.99 - $5.99)
Another Smurfs movie and another toy line by Jakks. The Smurfs were one of the first things I really remember loving as a kid. I had all the figurines and when I was 3 my mom made me a Smurf blankey that I carried everywhere with me. When I moved I made sure that blankey came with me. It served me well for decades and when my daughter started having nightmares, I passed it on to her to keep her safe at night. 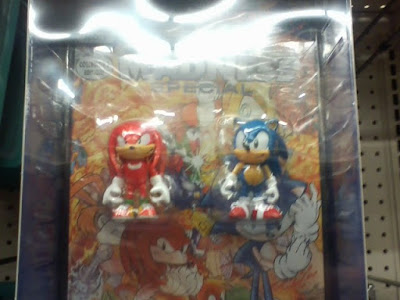 Sonic The Hedgehog 2-packs ($9.99)
I was always a Nintendo kid, but as an adult I can respect what Sega had done with Sonic back in the 90s. The games were simple, fast and fun. Even though Mario was my choice for platformers back in the day, I did read a Sonic comic or two. Each of these 2-packs includes one of those original comics from Archie publishing. 2 figures and a comic for $9.99, not bad! Did you know that Sonic comic is still being published today? 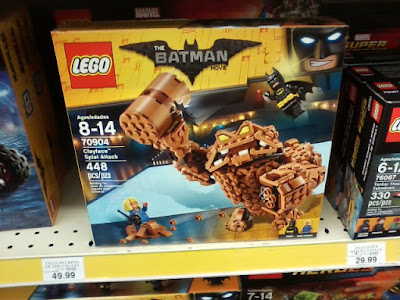 Legos ($4.99 - $150)
Every kid has had Legos at some point in there life and mine are no exception. Lego has put out some really great sets in the last few years, but the Superhero lines are the ones that have stood out most to me. This Clay Face set from the Lego Batman Movie is on the top of my boy's wish list this year!
Now try to get that song from the Lego Batman Movie out of your head! Thanks for reading!
Posted by Spyda-Man at 2:47 AM