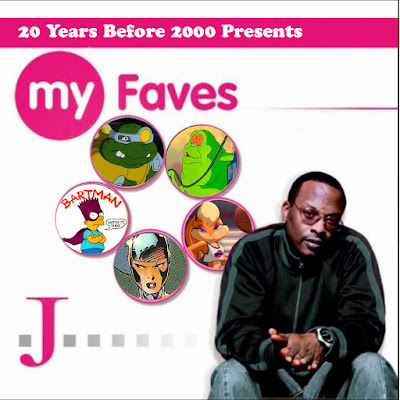 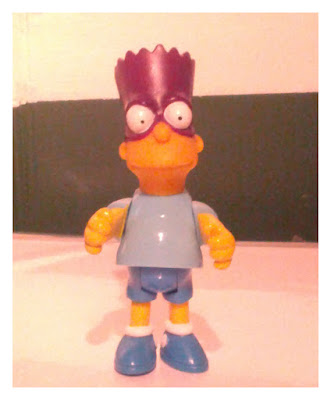 The Simpsons: Bartman (Mattel, 1990)
The first series of The Simpsons action figures from Mattel did not have many characters. You had the Simpson family, Nelson and of course BARTMAN! I had a Bartman poster hanging in my room, a Bartman pin and of course a Bartman shirt. I was a huge fan of the show from the start, but I remember one holiday shopping spree where I passed on these figures in favor of some Kenner Beetlejuice figures! So, when the opportunity came for me to purchase this Simpsons artifact from the golden years of the show, it was a no brainer. I had to have him in my collection! 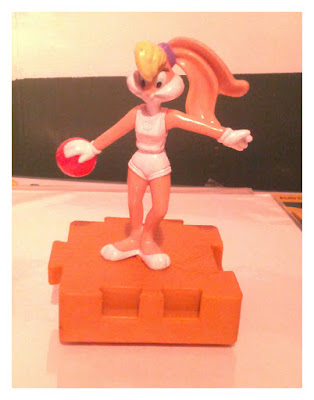 Space Jam: Lola Bunny (McDonalds, 1996)
Basketball is my favorite sport, I like the way they dribble up and down the court! So when Space Jam was released featuring my favorite player, Michael Jordan, I had to see it. When I did I was hooked! I was buying everything that had MJ or a Looney Tune characters face on it, including these McDonalds Happy Meals! Lola was first introduced in Space Jam and she was a great character. It's too bad WB hasn't really done much with her since then. 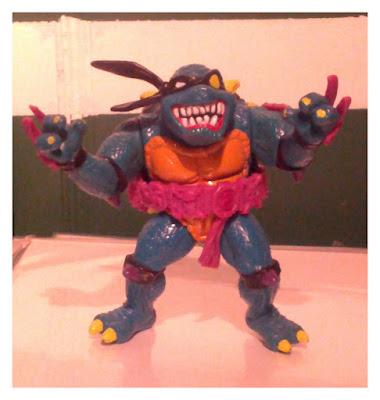 Teenage Mutant Ninja Turtles: Slash (Playmates, 1990)
Ask almost any kid from the 90s who their favorite bad guy was from the TMNT Playmates line and you'll most likely get the answer SLASH! He was so cool, like a mix of the Turtles and their arch nemesis the Shredder. When me and my brother played, Slash was stronger than the Turtles, but not as smart. He was brainwashed by the Shredder to do his bidding and when the mighty TMNT had to face this powerful foe, they had to use more than brawn...they had to use their brains. This led to many great battles and traps set up on our bedroom floor. Man I miss those days! 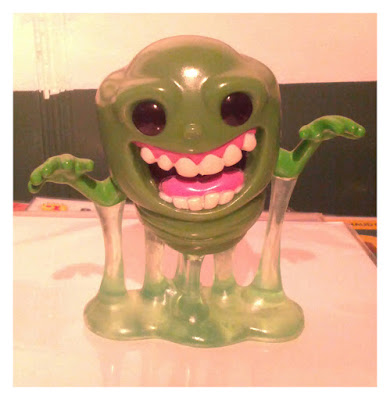 Ghostbusters: Slimer (Funko, 2014)
This Slimer POP was a gift from my kids and wife. They knew I love the Ghostbusters and they knew I liked Funko POPS, so it was an easy gift to get for me. To this date Slimer is the only POP I have removed from his box. I just think the way they used the Slime as his stand was brilliant! 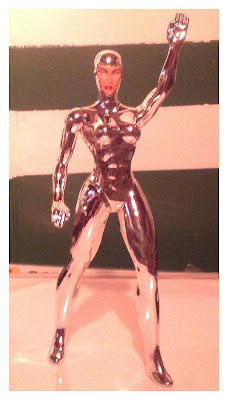 Wild C.A.T.S: Void (Playmates, 1995)
I was a child of the comic book boom of the 90s and yes I had a few Wild C.A.T.S comics that I thought would be worth some money in the future, but I was never really a fan of this X-Men clone of misfits. This figure is from the short lived Wild C.A.T.S cartoon program. I picked this up for about $1 in the package at a yard sale. She was just too shiny to pass up! I never really watched the cartoon, but it actually looks pretty cool. Take a look at the intro below and enjoy!