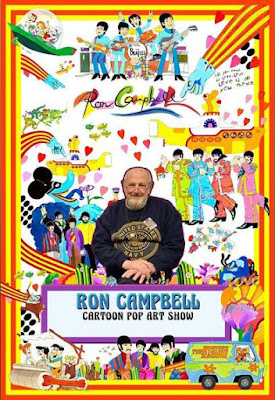 While driving to work a few weeks ago, I was scanning through the local radio stations and stopped on a classic hits station because something caught my attention. The hosts were talking about an upcoming animation art display that was coming to a local gallery. This show was dedicated to 50 year animation veteran Ron Campbell and the hosts were talking to him about some of the highlights from his career. If you don't know who Ron Campbell is, here is a brief rundown of some of the iconic cartoons he has worked on during his career: The New Scooby-Doo Movies, The Plastic Man Comedy/Adventure Show, Captain Caveman, Heathcliff, Pac-Man...and the list goes on and on! 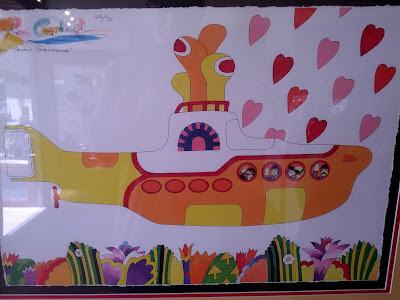 Ron Campbell may be remembered most for his work as an animator and director for the Beatles cartoon and their feature length movie, Yellow Submarine. But it was his work on some of my favorite cartoons that really drew me in to see him at the art show. 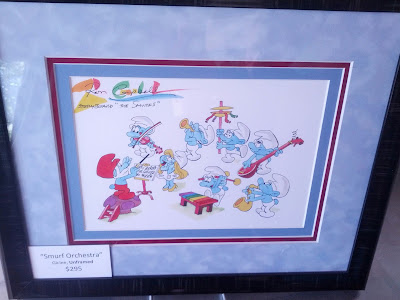 Ron was an animator, story director for the 80s Smurf TV series from 1981-1987. He also served as a story board artist for the specials My Smurfy Valentine (1982), The Smurfs Springtime Special (1982) and my favorite Smurfs special of all time The Smurfs Christmas Special (1982). We watched that every year as kids and now I watch it with my kids! 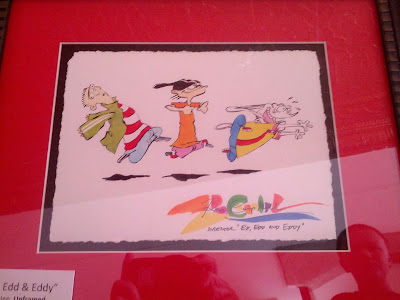 Ed, Edd & Eddy debuted on the Cartoon Network when I was in my late teens/early twenties, but I had a younger brother who loved it and once I sat down to watch it with him I was hooked! It reminded me of myself and my friends when I was younger. The depth of characters and the inventive ways the Eds would try to scam nickels to buy jawbreakers was genius! Ron Campbell served as a director on the show from 2002-2007. 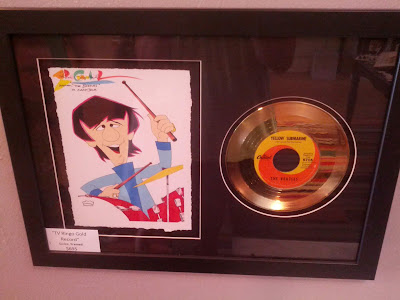 Ron created these special gold record plaques for his various shows and it once again presents the bond between himself and the Beatles animated personas beautifully! My youngest daughter is a huge Beatles fan, so it was especially amazing to her to see these hanging on the walls. 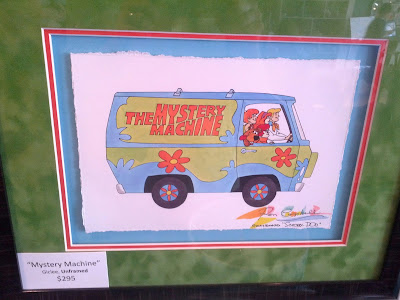 Scooby-Doo! What kid doesn't love Scooby-Doo. My favorite iteration of the character has to be the Pup Named Scooby-Doo cartoon from the 90s. I loved the art style and the humor that was in the show. We need more Red Herring in future Scooby movies! That is one cartoon Ron Campbell didn't work on, but he did serve as a director on The New Scooby-Doo Movies in 1973 and also as a director on the Scooby & Scrappy-Doo Puppy Hour (1982). 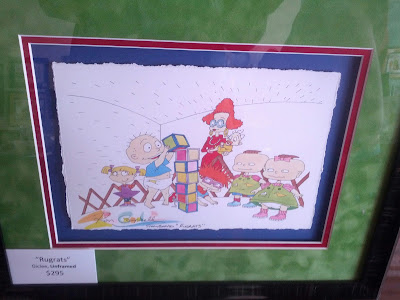 Rugrats was a classic cartoon that came out in the 90s during the golden age of Nicktoons. Guess what? Hold on to your diapys! Ron Campbell was a story board artist for the show from 1993-2001! 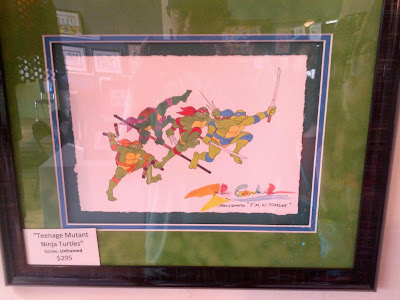 This was my favorite picture of them all! I wish I would have picked this up at the show, but bills and car repairs took priority over this beautiful piece of art work featuring my favorite group of brothers, the green machine, the heroes 4...the TEENAGE MUTANT NINJA TURTLES!!! Ron once again took on storyboard duties for the original Fred Wolf version of the TMNT! 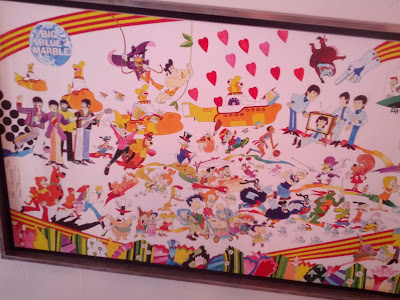 This guy was seriously talented and was able to make a career out of giving generations joy on the small screen. Seriously, name a cartoon and he probably had a hand in bringing it to our living rooms. Men In Black: The Series, Aaahh!! Real Monsters, Garfield & Friends, Darkwing Duck, Bionic Six and so many more. Check out his IMDB page for more info on his career and tell me this man was not epic! Thanks Ron Campbell for sharing your gifts and for making us happy...and thanks for the autograph! 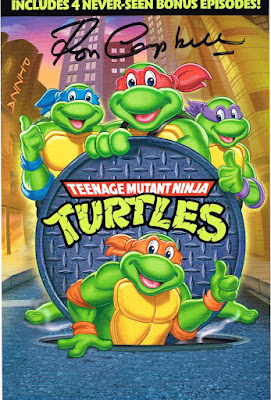