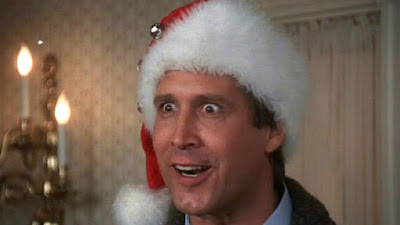 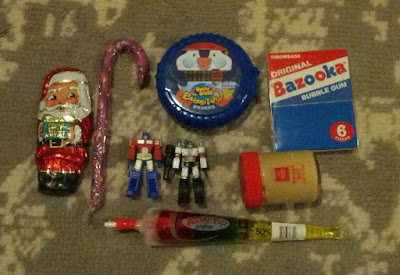 Stocking Stuffers
I freakin' love stocking stuffers! Ever since I was a kid I couldn't wait to rip into the stocking on Christmas morning to find the cool little gifts Santa had brought in addition to all the edible goodies inside. This year was no different. I got a lot of my favorite retro sweets including an Astro Pop, Bubble Tape, Bazooka Bubble Gum, a Kool-Aid Candy Cane and Crisp Kringle! In addition to these I also received a Hickory Farms mini sausage, mustard and 2 more Transformers mini figures to add to my collection! 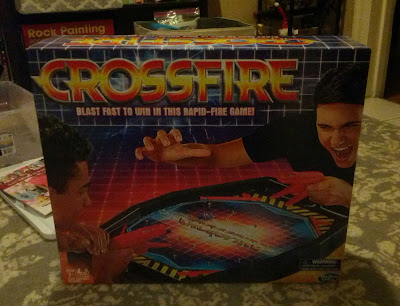 CROSSFIRE
Freakin' Crossfire!!!! This game has been around since 1971, but one can argue that it really caught fire in the late 80s & early 90s with the amazing marketing campaign that was released to televisions and depicted two young men locked in deadly combat over their Crossfire board. One would be crowned the victor while the other would be spun out viciously to an unknown dimension of pain and humiliation. At least that's how read into it as a kid. Never had this game growing up, always wanted it and finally got it in 2019! Let me say, it does not disappoint. Me and my son had a blast playing it, but the old school marketing was very misleading as I won and there was no fanfare or twirling loser at the end. DAMN! 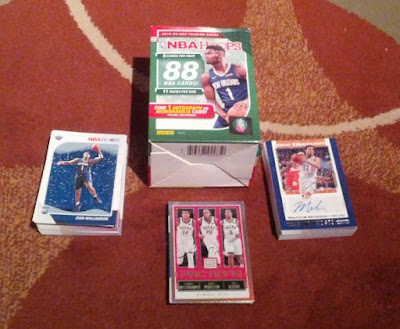 Basketball Cards
I have been a collector of basketball cards since the early 90s when Jordan was causing the market to explode. I still pick up a few packs each year and try to get cards of my favorite players and top rookies. For Christmas I got a box of 2019-2020 NBA Hoops cards in the limited winter design. I did snag some cards of Zion Williamson and Ja Morant in addition to Shaq, Giannis and my recent fave player from the Brooklyn Nets Spencer Dinwiddie! 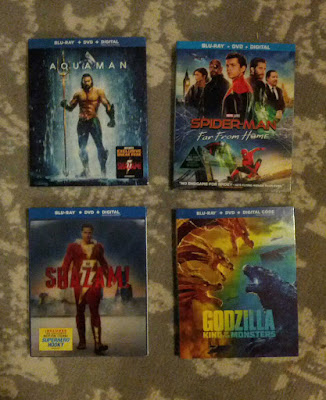 Movies!
I rarely make it out to the movie theater to see a movie above a PG rating these days, so my wife picked me up a great selection of movies I have missed over the last year. Included are Spider-Man: Far From Home, Shazam!, Godzilla: King of Monsters, Aquaman, and Venom. Can't wait to find the time to watch these flicks! 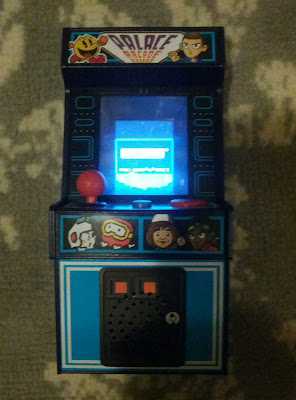 Stranger Things: Palace Arcade Mini Game
This machine is pretty AWESOME! It has 20 games built in including classics like Pac-Man, Dig Dug, Galaxian and Galaga in addition to having Stranger Things games based on favorites like Breakout and Tetris. This has gotten a lot of use around my house between me and the kids since Christmas. 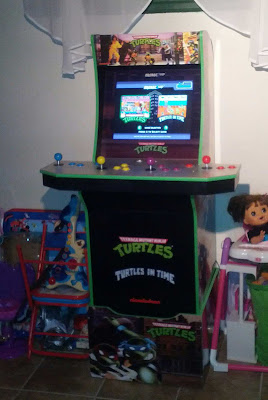 Teenage Mutant Ninja Turtles 1up Arcade Cabinet!!!!!
I had no idea my wife was getting this for me. When I got up with the kids in the morning, there was no large box under the tree and I was extremely happy with the gifts I had gotten. Then we went over to my wife's sister's house for dinner and I saw it!!! Surprise!!! She had been putting away a few dollars every time she went shopping and got this game on sale during black Friday just because she knew how much this game meant to me. She really is great and I was very spoiled this Christmas and this just made me want to scream out in joy. In all fairness this is a family gift and anytime it is played, there are at least 2 Turtles on screen battling the Foot Clan. I even got my wife to play through the entire first TMNT arcade game with me!
Well, that's it for this past Christmas. I hope yours was merry, bright and full of good tidings. Now enjoy this NES Teenage Mutant Ninja Turtles 2 commercial from the 90's to tide you over until next year! Merry Christmas!
Posted by Spyda-Man at 4:30 AM