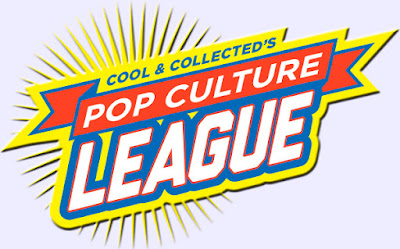 Cool & Collected posted this question to the Pop Culture League this week,“There’s a sale at Penneys!: What was one of your greatest deals?". Immediately I thought of my most recent score!

Hasting's Entertainment stores had gone bankrupt and could not find a buyer to keep the business going. The company had to sell to a liquidator. From October to November the discounts on items in the store went from 10% off all the way down to 90% off in the last days of the sale. Here are a few of the items that I picked up! 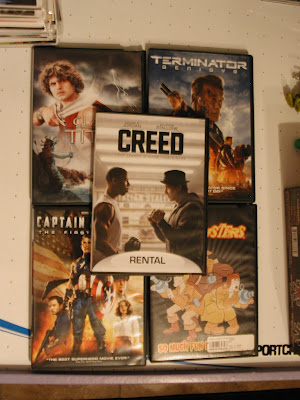 Movies were priced at $1 or less depending on how many you bought! By the end the selection was limited and all the DVDs were just thrown into piles or randomly placed on shelves, so you had to dig pretty deeply to find some decent stuff. I was able to grab Clash of The Titans, Terminator Genisys, Creed, Captain America and Filmation's Ghostbusters. I also got some movies for the kids for Christmas that included the Good Dinosaur. 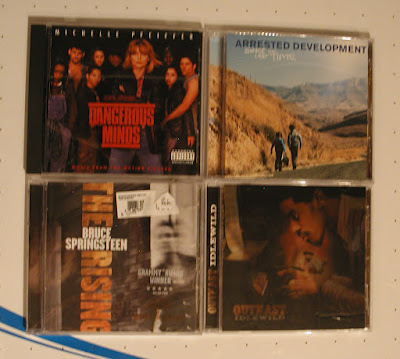 Used CD's went for 4 for a $1. These 4 are just a small sample of what I picked up. Pictured is the Dangerous Minds Soundtrack, Bruce Sprinsteen: The Rising, Outkast: Idlewild & Arrested Development: Since The Last Time. I grabbed some more Bruce Springsteen CDs for my brother and a Britney Spears CD for my wife as Christmas gifts. 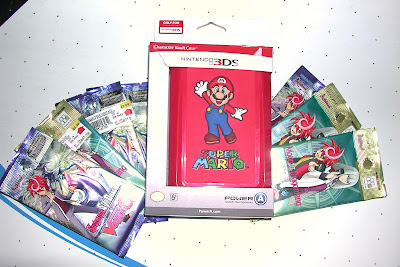 I picked up these packs of Cardfight Vanguard cards and the 3DS hard case for my little brother as Christmas gifts. The Cards were about $.80 per pack and the 3DS Case was about $1.50. I picked a case up for myself also. 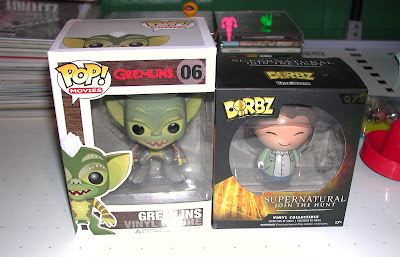 The Funko POP section was picked over and besides the random Saved By The Bell character, the shelves were filled with Rocky Horror Picture show POPs. I got the Gremlin for around $3 and the Supernatural Dorbz is for my sister. 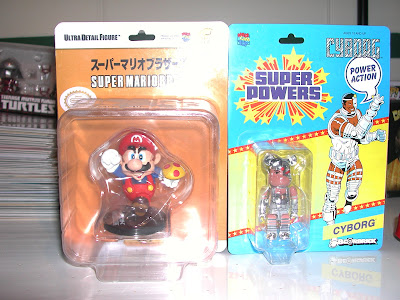 I paid a little more for the Super Mario figure. For some reason this was only marked at 60% off. He was so cool looking though, so I didn't mind paying $6 for him. I loved the look of this Cyborg Bearbrick and at $1.25, I couldn't resist taking him home. 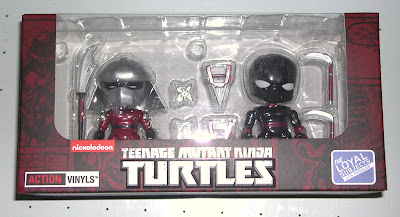 This set of Shredder & Foot Soldier Action Vinyls was on my wish list for a long time, but I just couldn't pull the trigger at $25 for the set. Luckily I waited and paid only $5! I also picked up the Hastings Exclusive set of 4 Glow in the Dark Turtles for $10. Those are stashed away as a Christmas present to myself! I was super surprised to still see these guys on the shelf on the very last day the store was open! 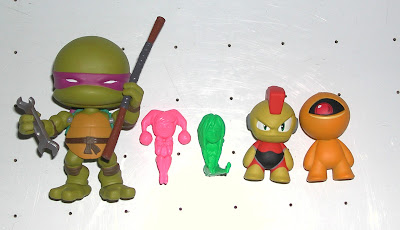 I also couldn't resist picking up a few blind bag/box figures for the low price of $1 or less per item. I grabbed a Loyal Subjects Ninja Turtle pack, Lil' Gotham Blind bag and a few blind box Mega Man keychains. 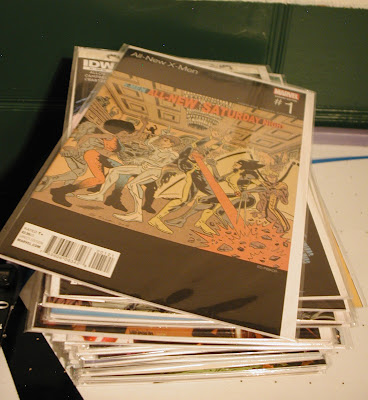 Lastly I purchased a ton of comics from Hasting's. They ranged any where from $1 to as low as $.05 each! I went back a few times and picked out some exclusives, variant covers and of course Ninja Turtles comics. Below are just a few of my favorite comic purchases. 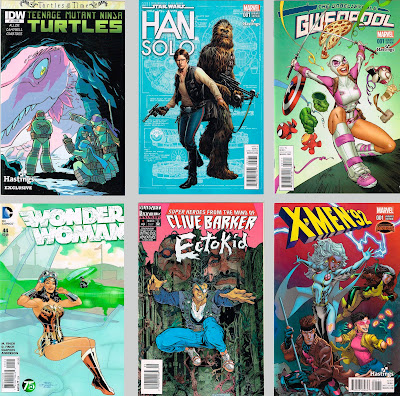 I also picked up a bunch of books for my kids and a brand new Skylanders: Swap Force game with portal and 3 figures for $8! They are big into Skylanders now and this would make a nice gift from Santa. This store liquidation was one of those once in a lifetime deals and I am glad I could get in on it. Only bad thing is that now there is nowhere near where I live that rents movies? 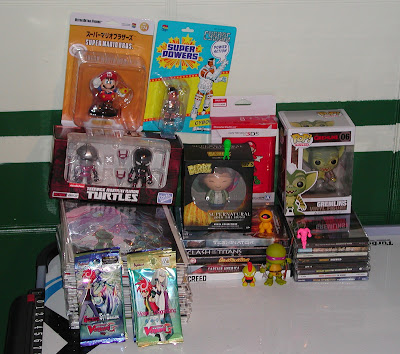