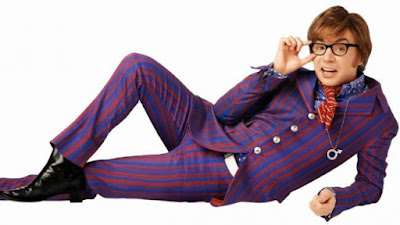 It's hard to believe but 20 years ago today the world got a little randier as the International man of Mystery himself, Mr. Austin Powers was unfrozen and unleashed on an unsuspecting America...and I was there!
I was a big fan of Mike Meyers and enjoyed him on SNL and his movies from "Wayne's World" to "So I Married An Axe Murderer." So when I saw the trailer for this movie, I had to go see it! The scene that made me laugh the most in the trailer was Austin attempting to turn around his vehicle in a tight space. To this day if I ever have to make a tight 65-point turn like that I still refer to it as making an "Austin Powers". 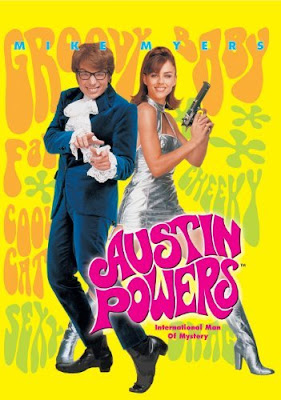 When the movie hit theaters on May 2nd, 1997 me and some friends bought our tickets to laugh! Even though one of my friends walked out saying it was stupid, the rest of us enjoyed the movie and recited the lines non-stop in school and some of us, who will not be named, even went so far as to learn the words to the "BBC" song performed by Ming Tea at the end of the film.
YEAH BABY! Who would have thought that this movie that was made for little more than 16 million dollars...

would turn into a worldwide phenomenon with millions of fans, made tons of money, spawned 2 sequels and created countless action figures, key chains and apparel! 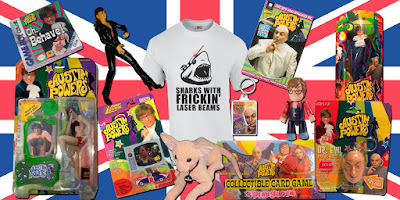 This really is a funny movie and if you haven't seen it yet, I highly recommend it! I know I am pulling out my Austin Powers VHS and watching the crap out of this movie tonight! What will you do to celebrate 20 years of shagadelic craziness? 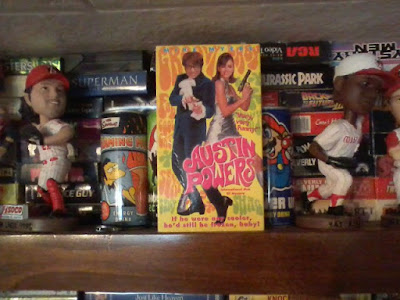 FUN FACT: Mike Myers originally wanted Jim Carrey to play Dr. Evil, but Carrey eventually passed due to scheduling conflicts with Liar Liar (1997). Myers then took the iconic role himself!
Posted by Spyda-Man at 1:58 AM