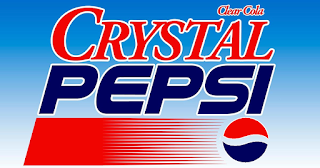 If you don't know already, Crystal Pepsi is back in stores!!! The legendary early 90s soda drink is back!!! I remember buying a bottle of Crystal Pepsi back in 1993 and not really liking the taste all that much. I was young and believed this soda would taste just like a regular Pepsi Cola, but in clear form! Man was I wrong. 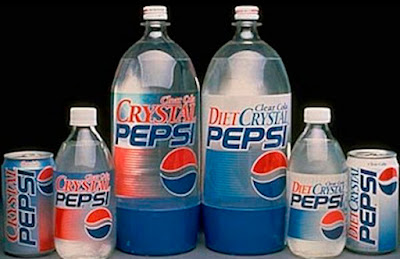 When I heard Pepsi was going to re-release Crystal Pepsi earlier this month, I was ecstatic! Not really remembering the taste, but the always in your face marketing campaign featuring the now iconic Van Halen song "Right Now".
Anyway, I thought I would have another Ecto Cooler level failure on my hands with this release. Still can't find that anywhere near where I live! But, yesterday I stopped by Wal-Mart, checked the cold drinks fridge towards the front end checkout lines and there it was! I grabbed a couple bottles and shared the nostalgia with the kids at lunch. They enjoyed it! 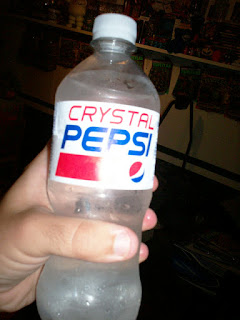 The taste was similar to what I remembered. Kind of a lemony, muted cola flavor. Not the most amazing thing I have ever drank, but damn it was good to re-live the 90s one sip at a time. Now let's get to work on bringing back Pogs, Dunkaroos and bowl hair cuts!