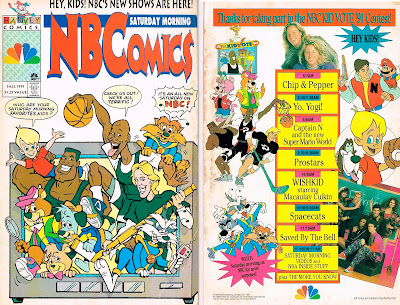 A good part of my comic book collection is dedicated to adaptations of 80s & 90s cartoon properties from Thundercats to Heathcliff. When I saw this comic for sale, it needed to be added to the long box. I loved watching Saturday Morning Cartoons as a kid and I still enjoy watching with my kids. Here's what was inside: 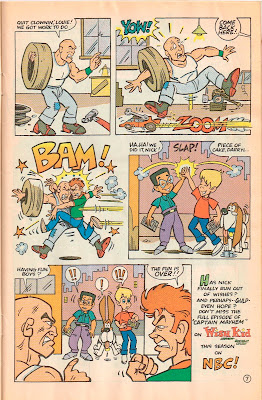 This comic was a Toys R Us giveaway that promoted NBC's Saturday Morning Lineup with stories based off some of their hottest shows at the time. The first story focused on the Macaulay Culkin
cartoon "Wish Kid". I never watched this show as a kid. By the time it hit NBC, I had already had my fill of Mr. Culkin and I am sure there were better viewing options on the other stations. The one positive is that Culkin provided his own voice to the show, unlike other cartoons that animated real celebs, but had someone else provide the voices!
Pro Stars (September 14, 1991 to December 7, 1991) 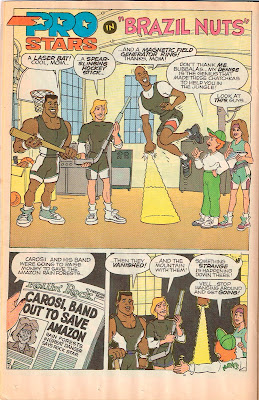 Pro Stars did just that! The show featured some of the greatest professional athletes of all time with Michael Jordan, Wayne Gretzky and BO JACKSON! Of course since Bo was in it, I watched it. Like I said before though, the cartoon focused around these athletes, but the voices were provided by actors. It felt like us kids were cheated! Bo, Michael and Wayne were reduced to appearances in short commercial bumpers and a viewer Q&A session. I do own the series on DVD and watch it from time to time.
Yo Yogi! (September 14, 1991 (1991-09-14) – December 7, 1991) 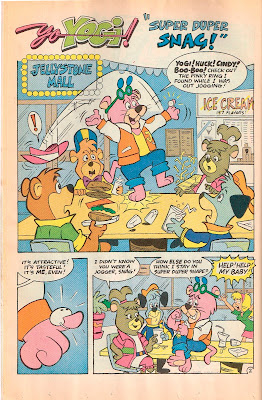 This is another cartoon I did not watch as a kid. Yo Yogi was an attempt by Hanna-Barbera to try and update their old Yogi Bear franchise and characters. This new hipness did not sit well with viewers and the show only lasted for 13 episodes. I can honestly say the best thing about this short lived cartoon was the tie-in drink from Capri Sun...Yo Yogi! Berry! 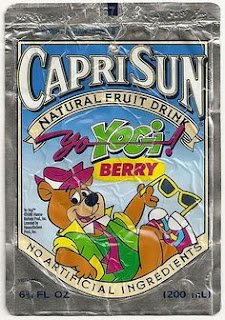 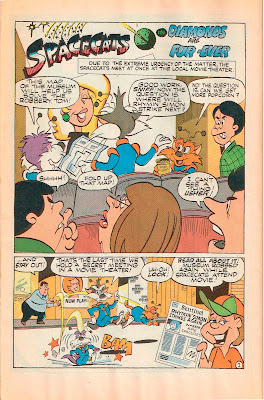 This cartoon seemed promising when it came out in '91. It was created by Paul Fusco, best known as the creator and voice of ALF! Spacecats was also produced by Marvel Productions. The cartoon was about a race of alien cats from the planet Trygliceride-7 that come to Earth and help solve problems. There was even a portion of the show that involved puppet versions of the characters with a moral at the end of each episode. With all the talent behind it, the show only lasted 13 episodes.
Saved By The Bell (August 20, 1989 (1989-08-20) – May 22, 1993) 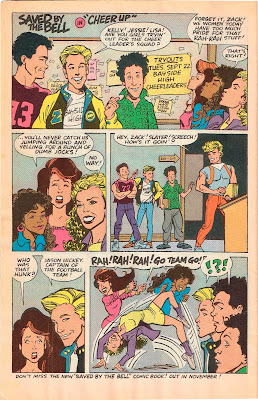 Do I really need to explain Saved By The Bell? If you grew up in the 90s you wanted to be Zack, Slater, Kelly or Lisa. Sorry Screech, nobody ever wanted to be you. But did you know that SBTB started off as an NBC pilot named "Good Morning Miss Bliss"? This show ran on The Disney channel for 13 episodes. Then it was cancelled. NBC picked up "Miss Bliss" and changed the characters around a bit and renamed it Saved By The Bell. You can find every episode currently streaming on Netflix. I'm so excited!!! There was even a Harvey comic book that ran for 7 issues!
And of course what would a Saturday Morning Cartoon promotional comic be without one of those classic lineup ads! Looking at this, I really wish they could have added a Captain N or Mario comic to the book. I'm sure the licenses were tied up with Valiant, who was putting out Nintendo comics at the time. Still, damn those were the shows I probably watched most out of this whole lineup! I can overlook this problem and still be happy this 90s relic is in my collection. What the hell ever happened to Chip & Pepper? 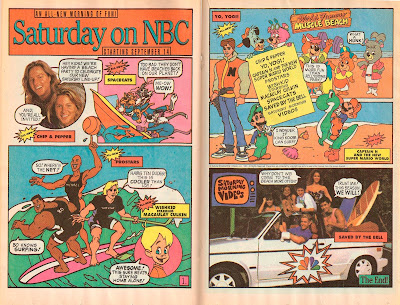