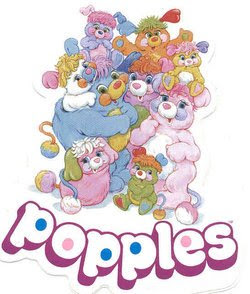 Today we are talkin bout Popples! My kids have recently been introduced to these cuddly characters through the new Netflix series. Christmas came and each of them received a Popple as a gift. They cuddle these guys while they watch the cartoon. I've seen it a few times and it actually isn't too bad. The biggest change they made is that the show takes place in Poppleopolis where all creatures Popple live. In the old 80s version they hung out in our world and caused all kinds of mischief! 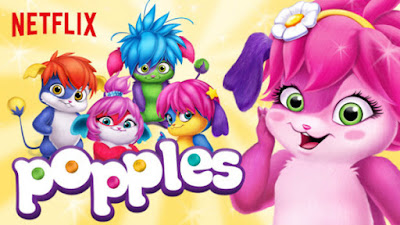 I totally forgot my wife gave my oldest daughter her old Popple toy from when she was a kid. This gave me the perfect opportunity to compare the old vs. new. Let's dive in, shall we? 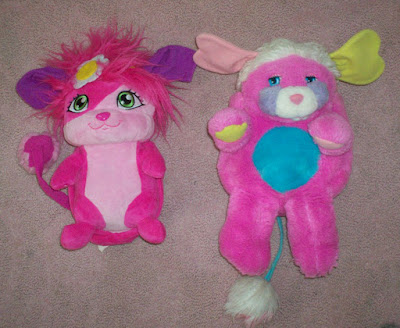 Side by side, you can see that the old Popples were much bigger than the new counterpart. I must say that I prefer the new style better. The body seems more proportioned and the fabric is softer.

Looking at the faces I once again give the edge to the new style. I know this may seem like a slap in the face to 80s purists, but the new face just seems to have more personality and individuality to it also it is more detailed and the hair is softer. 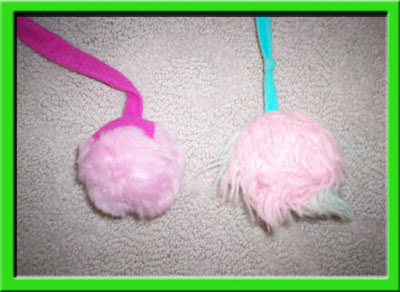 The tails I will say are a draw. Not much difference between the old and the new. That is not necessarily a bad thing. 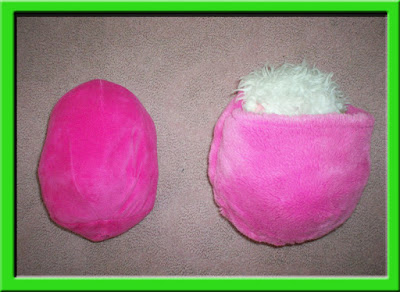 When you ball up the Popples, this is what you get. The old style is more of a ball shape, the new one looks kind of like an egg. For my tastes I select the more rounded old style Popple.

The new style Popple retains the logo patch of the classic. Once again, I prefer the old logo with the classic Popple jumping around on it. I like that the new Popples kept the classic look of the old logo. Why fix something that isn't broke?
It's a toss up between the two, but if the tie breaker is nostalgia, then the 80s Popple reigns supreme! Now sit back and enjoy the "Clean Sweep Of Things" episode of the Popples. I had this episode on VHS back in the day and can still recite every line from it, much to my kids embarrassment!
Posted by Spyda-Man at 2:28 AM

Email ThisBlogThis!Share to TwitterShare to FacebookShare to Pinterest
Labels: Old vs. New, Popples