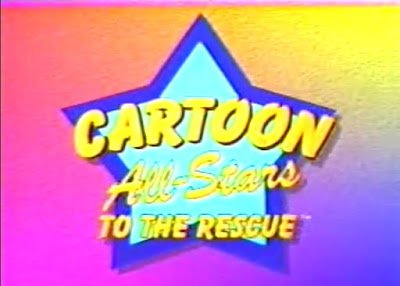 A few months back I uncovered a copy of Cartoon All-Stars to the Rescue at a local thrift shop. This was a video put out in 1990 by Buena Vista Home Video that taught kids about the negative effects of drugs. It featured almost all of the top cartoon stars at the time including Pooh Bear, The Smurfs, The Chipmunks, Alf and many more. 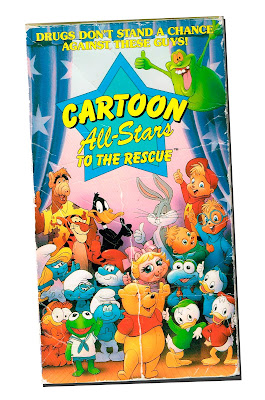 For $0.25, I could not pass this up. I remember watching this video in school during our D.A.R.E program with the local police. It was always great to be able to watch TV in school, but this was amazing! All of these cartoon characters together in one video! That sound you just heard was my 9 year old mind being blown! Like I said the video included so many classic characters, here are my top 5 favorites from Cartoon All-Stars to the Rescue! 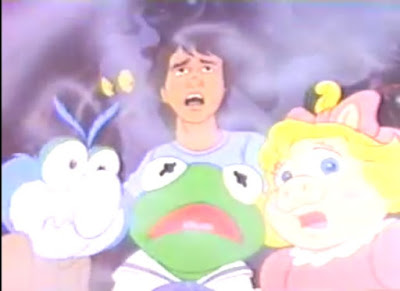 5. Muppet Babies
This video focuses on a boy named Michael and how drugs have affected his relationships with his friends and sister. The Muppet Babies (Gonzo, Kermit & Piggy) take Michael on a journey through his brain & body to show him how drugs are also messing with his health. They do this by riding a roller coaster through Michael's body with the power of imagination! 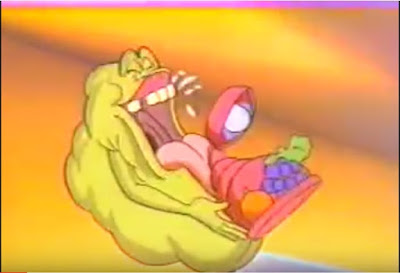 4. Slimer from The Real Ghostbusters
Slimer's time in this video is very limited, but when he is on screen he eats a lamp that is shaped like a fruit buffet. 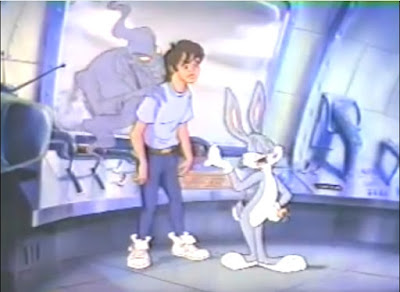 3. Bugs Bunny
Bugs has a pretty big part in Cartoon All-Stars to the Rescue. He uses a time machine he got from a "Coyote" to take Michael back in time to see how his drug problem started. 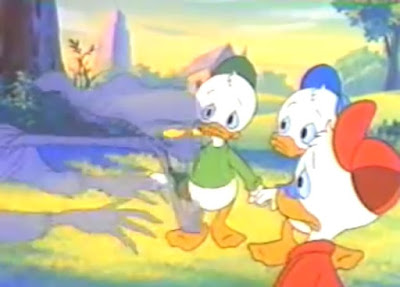 2. Huey, Dewey & Louie
These triplets from Ducktales educate Michael and the viewers on the million ways there are to say no. Of course they are asked to do drugs by Mr. Smoke Monster and this leads them into a song on how to say NO written by Academy-Award winning composer Alan Menken and Howard Ashman!
Pretty catchy song with a lesson that I can still use today when monsters try to bully me into using crack! It happens more often than you may think. 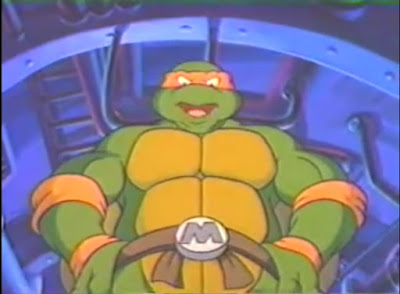 1. Michelangelo
Just like Slimer, Mikey doesn't have a huge part in this video, but when he shows up on screen the excitement ramps up big time! Just the fact that the Ninja Turtles were in this movie for 2 minutes was enough to lure me in as a kid. Anything with the Turtles in it was worth watching, educational or not! 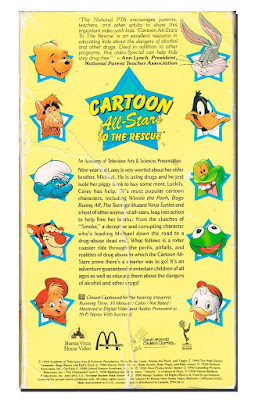 Those are my top 5 characters from Cartoon All-Stars to the Rescue. Who was your favorite? I would like to see them do a remake of this video with characters from the most popular cartoons of 2017. Maybe the would include Sponge Bob, Finn & Jake, Batman, Skylanders and a return of the Ninja Turtles! I would watch that with my kids! You can watch the original in all it's anti-drug glory at the link below. ENJOY!!!!
Posted by Spyda-Man at 2:38 AM