A recent obsession of mine has been collecting old wax packs of trading cards from the 80s & 90s. Sure, I have a ton of these non-sport cards from when I was a kid, but the artwork and design of the packaging is something I missed. When you would buy one of these packs you would tear it open and throw away the wrapper. Never giving it a second thought. Seeing these again brings back memories of feeling the slick paper in your hands, seeing the simple artwork and the smell of bubble gum. Let's dive into a few of these packs that I have on display...AGAIN! 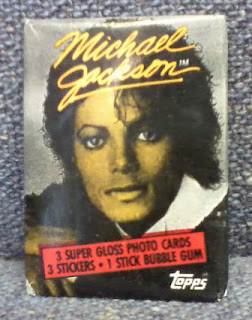 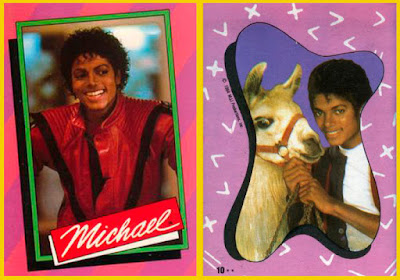 "So tonight gotta leave that nine to five upon the shelf, and just enjoy yourself" with these Michael Jackson trading cards! These Topps trading cards came out around the height of Michael Mania. There were dolls, fan clubs, t-shirts and Pepsi commercials. So why not a trading card set? This first series set contained 33 cards and 33 stickers that highlighted Jackson's career to this point in '84. What kid wouldn't want a sticker with Michael & a llama on it? 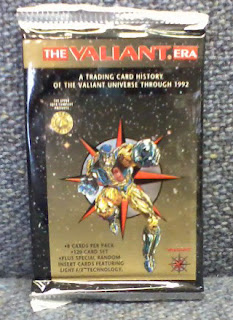 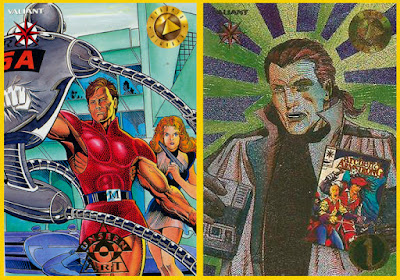 These came out during the much hyped comic book boom of the 90s. Independent comic companies were the flavor of the month and none other was hotter than Valiant. They had major success with titles like X-O Manowar, Turok: Dinosaur Hunter, Magnus: Robot Fighter and even a line of Nintendo comics. Why not create a card set based on these characters? It was like printing money back then. This 120 card set included randomly inserted Light F/X Technology chase cards. I never found one...yet! 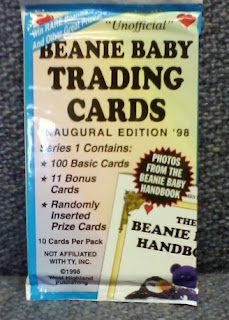 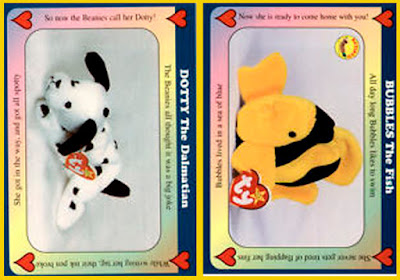 Ah, Beanie Babies. I have a history with these cute stuffed critters. In the late 90s/early 2000s, I worked in a small toy store in NJ that specialized in rare and retired Beanie Babies. We would sell these things online for hundreds of dollars a piece! I spent so much time checking tags and putting clam shell protectors on these toys that I never wanted to see them again. Now my kids love them and they have a small collection of their own. But, nothing can match the craziness of the collector's market when Beanie Babies were at their peak. These "unofficial" trading cards come close to doing just that! 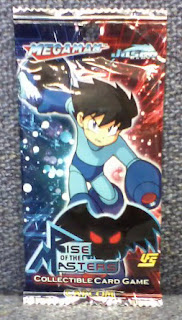 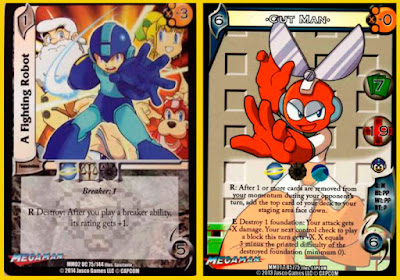 I just recently picked up this pack of cards on clearance. Why wouldn't I pick up a pack of Mega Man cards at 60% off? I do not play collectible card games, but I have been known to enjoy a good Mega Man game from time to time. My favorite being Mega Man 2 for the NES. 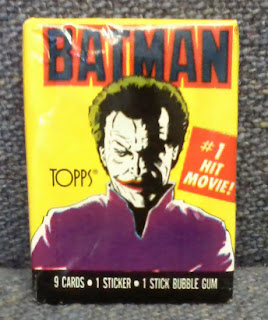 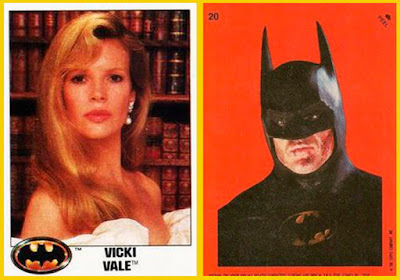 Oh man! I loved this movie! I still remember going to the Mall movie theater and seeing it in the summer of 1989. You couldn't go anywhere without seeing someone wearing a Batman shirt, backpack, pin or sticker on their body somewhere. Was I the only one who got asked way too many times if I "Ever danced with the devil in the pale moonlight"? Between myself and my brother, we were able to collect the entire 132 card set. I still have it today and it is one of my cherished childhood items.
Posted by Spyda-Man at 2:44 AM