Who was Johnny Kilroy? 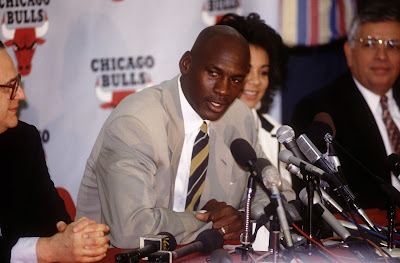 On October 6th, 1993 the world cried as the greatest basketball player of all-time, Michael Jordan announced his stunning retirement from the game. Sure the NBA had some superstars like Shaq, Clyde Drexler, Patrick Ewing and David Robinson, but there would be a huge hole left by Jordan's departure. Who could fill those shoes? Who would entertain the world? Enter a mysterious baller named Johnny Kilroy! 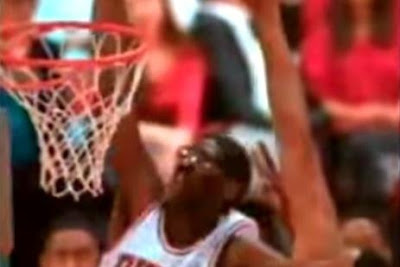 I had totally forgotten about this mythical basketball player until I recently uncovered an Upper Deck card from 1994 in my collection that features Mr. Kilroy. This brought back so many memories and raised so many questions. 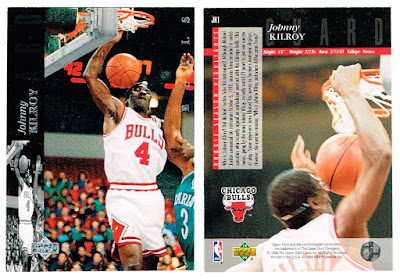 Nobody knew where he came from, but the Chicago Bulls believed in his raw talent enough to sign him to an undisclosed contract in late 1993. Legend has it that on December 20th he scored 79 points in one quarter, but little to no evidence of this achievement exists! You can view the fan home video dubbed "The Popcorn" tape in the Steve Martin hosted documentary below.
Was he Michael Jordan in disguise? Was MJ's retirement a huge hoax? Was Johnny Kilroy even a real person? The only one who knows the real truth about Johnny Kilroy is...Johnny Kilroy. As of this writing he has not been available for comment in 20 years. We may never know the origin of this shooting star, but damn was it great to be alive when Johnny hit the court. You can still see his presence on the streetball courts today thanks to the folks at NIKE.

God bless you Johnny Kilroy, wherever you are! Below are a few more documented Kilroy signings and opinions from NBA superstars. Who do you think Johnny Kilroy was?
Posted by Spyda-Man at 3:47 AM