Pop Culture Challenge: Are You Scared? 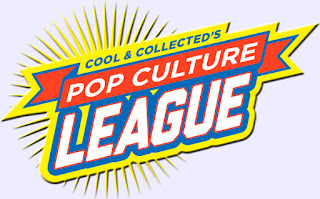 This week the Pop Culture League is asked to blog about "What frightens you the most?". I kind of already talked about this in last week's post about Zombies and my answer would still be the freakin' Tar-Man Zombie from Return of the Living Dead! He is so damn creepy!

I was gonna sit this one out, but the more I thought about it, the more some chilling memories came back to me. As a kid we would visit our relatives in Boston every now and then. Lucky for me and my brother our cousin had bunk beds he would let us sleep in. Unfortunately for us his bedroom door had a huge Freddy Krueger poster on the back of the door! 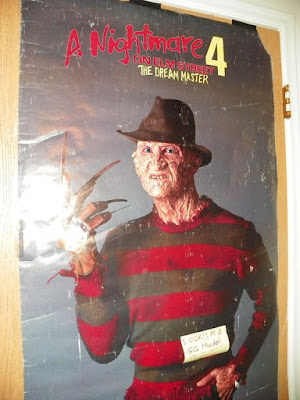 I had seen the Nightmare on Elm Street movies before and really wasn't too creeped out by them, but the thought of Freddy watching over me as I slept in a strange bed in the pitch black, just made my mind race with thoughts of him invading my dreams and eating my soul! Of course I was a 7-year old "Mr. Cool", so I tried to play like it didn't bother me, obviously if I can still remember this...it did! 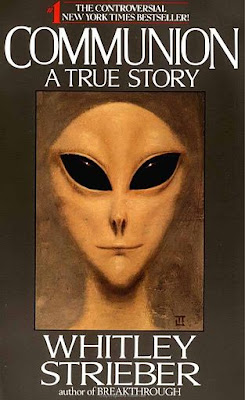 Another thing that messed with me as a kid was the alien on the cover of Whitley Strieber's book "Communion". I think what scared me the most, was that this book is allegedly based on a "True Story"! At 6-years old this depiction of a "Grey" with it's dark black eyes and sly smile made me turn away whenever I saw the displays at Waldenbooks and Borders!
The book was turned into a movie starring Christopher Walken. I have never brought myself to watch it.
That's it for this week. Check out what these other Leaguers fear the most:
Green Plastic Squirt Gun lists his top 5 fears
Mr. Smith doesn't want to grow up
Toy Break discusses his worst nightmares
The Toy Box cannot resist the evil of the Thriller!
D.I. Treasures on the Scary Stories book series
Posted by Spyda-Man at 8:15 AM