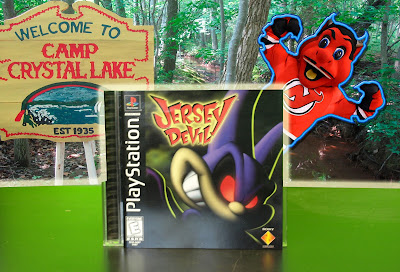 Jersey Devil was an action/adventure game released in 1998 by Behaviour Interactive for the Playstation. I enjoyed this game when I first played it on one of those Playstation Magazine Demo Discs. When I found a used copy at GameStop, I immediately picked it up. 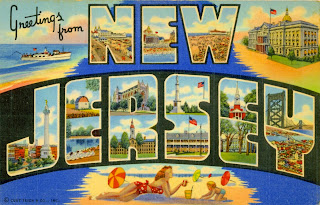 Being from NJ, I loved the history of this elusive cryptid! If you don't know the story of the Jersey Devil, here you go: "Mother Leeds had 12 children and, after finding she was pregnant for the 13th time, stated that this one would be the Devil. Mother Leeds was supposedly a witch and the child's father was the Devil himself. In 1735, born as a normal child, it changed to a creature with hooves, a goat's head, bat wings, and a forked tail. Growling and screaming, it killed the midwife before flying up the chimney, circling the villages, and heading toward the NJ Pine Barrens." This is what he was depicted as in a drawing from 1909! 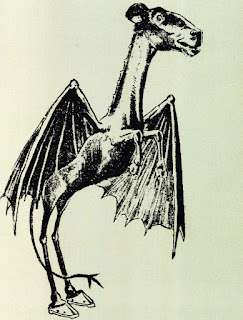 A little different than the hero we got in 1998? Anyway, the game took place in Jersey City and the Jersey Devil must do battle with the mutant vegetables of Dr. Knarf. Dr. Knarf is using his killer cabbages and pumpkin ghouls in attempt to take over the world! It's up to you and the Jersey Devil to stop him! 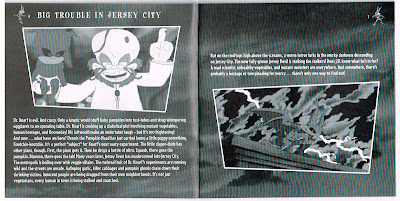 This game is a lot of fun. It has colorful characters, a fun story to follow and I really like the way they depict Jersey City in the game. 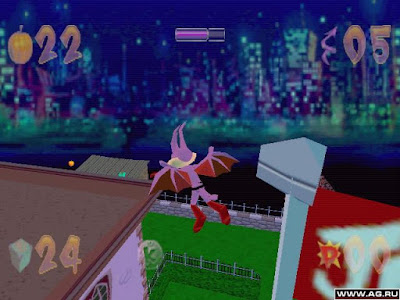 It's just a little different than the one in real life. Wouldn't an HD remake be sweet? 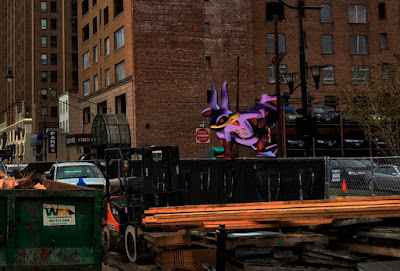 For now all we have is this Playstation version from '98 and that's good enough for me. I'm gonna try to beat this classic video game this Halloween season! Enjoy this old commercial for the game and take a walk down PS1 Memory Lane with me!
Posted by Spyda-Man at 3:24 AM