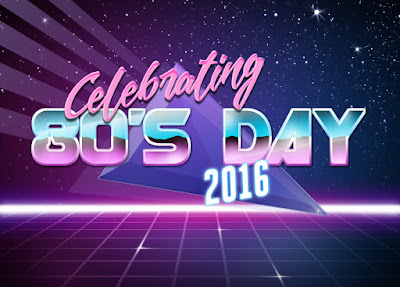 Last month my wife had to take a 4 day trip out of town for work. It was me and the kids for the better part of a week. To help them keep up some good behavior and listen to their father I put together a chart. The kids would get an "X" for a bad behavior and a check mark for a good behavior. At the end of the week if they had more checks than X marks, we would have an 80's Day!!! I am so glad they were able to do it! 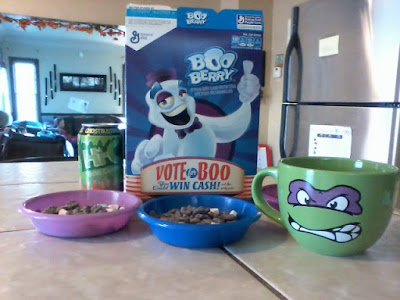 We started the day off with a healthy and nutritious breakfast of Boo Berry Cereal and Ecto Cooler as we watched some 80s cartoons.
The cartoon playlist included Heathcliff, Jayce & The Wheeled Warriors, Kissyfur, Pink Panther & Sons, Rubik the Amazing Cube and their favorite Popples.
Of course all of the classic 80s toy commercials were included in the breaks between shows! 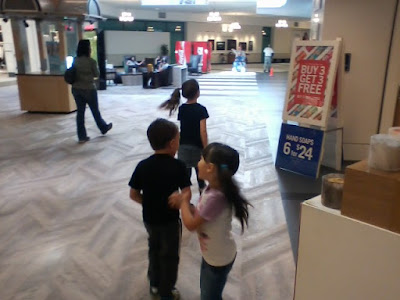 After cartoons, I gave the girls side ponies and we dressed in our finest 80s T-shirts that included characters from Star Wars, Thundercats, Mr. Men/Little Miss and Ghostbusters. While at the mall we stopped at Build-A-Bear and played in the kids play area. As if it was a sign, the mall was playing 80s tunes over the PA system including "Whip It" by Devo! 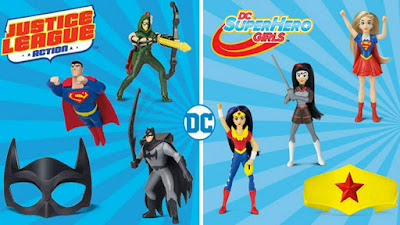 All that mall walking built up an appetite, so we all decided to have lunch at McDonalds! The kids all got McNugget Happy Meals which had DC Superhero toys as the prize. My boy got a Batman that throws Batarangs and the girls got Katana and Batgirl. I chose the Big Mac meal with a Hi-C Orange Lava Burst drink! 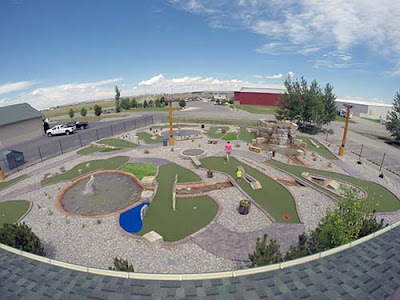 It was time to work off all those calories, so we hit up some 18 holes of Mini-golf. No one fell into the water traps and everyone had fun, I call that a win! The mini-golf course had an arcade attached to the venue and we played games for about 2 hours and earned enough tickets to win a Pez Dispenser with candy, a couple wacky wall crawlers and some bootleg Koosh Balls! Nice! 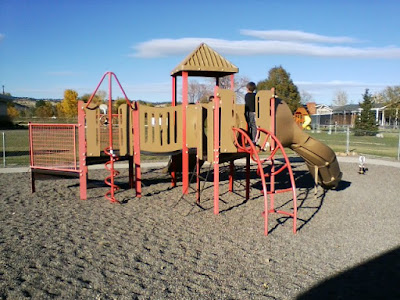 My wife's plane was coming in soon after we left the arcade, but we still had some time to kill. I found a park on the way to the airport and we stopped to play for a little while. 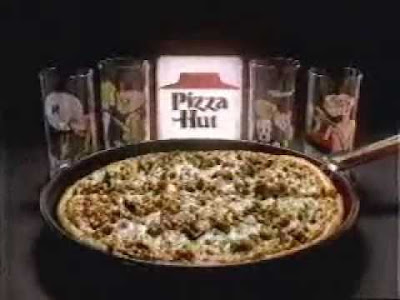 We picked up my wife and it was getting late, so we headed off to Pizza Hut for dinner. We ordered a Meat Lover's Stuffed Crust pizza for me and my wife and a large Pepperoni Pizza for the kids.
Once we got home it was time to unwind with the iconic classic 80s movie Labyrinth. This is one of my kids favorite movies and I'm okay with that. We rolled out the sleeping bags, got our footie jammies on and enjoyed some David Bowie as the Goblin King!
Once the kids were asleep me and the misses popped in one of those 20 horror movies on one disc collections and watched the 80s horror gem "Chopping Mall". The story was about a mall that needed security so badly that it purchased 3 robots to patrol the area after night. Of course the robots go crazy and kill everyone...including the guy who played Mr. Futterman in the Gremlins movies! 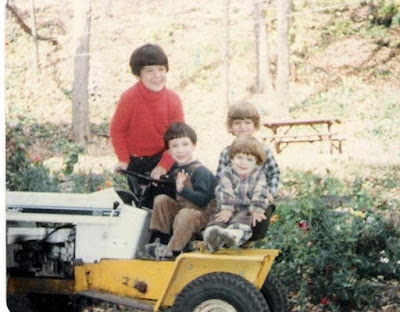 That's it for this year. Can't wait to see what we do in 2017 to represent those great days that were my childhood living in the 80s!
Posted by Spyda-Man at 3:02 AM