A recent obsession of mine has been collecting old foil packs of trading cards from the  90s. Sure, I have a ton of these non-sport cards from when I was a kid, but the artwork and design of the packaging is something I missed. When you would buy one of these packs you would tear it open and throw away the wrapper. Never giving it a second thought. Seeing these again brings back memories of feeling the slick paper in your hands, seeing the simple artwork and hearing the foil crinkle as you tore open a fresh pack of trading card nirvana. Let's dive into a few of these packs that I have on display...AGAIN! 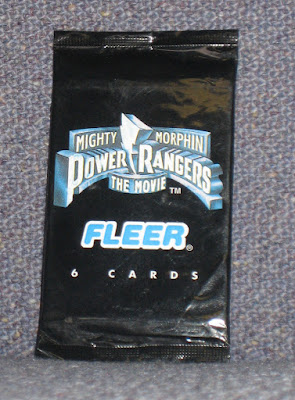 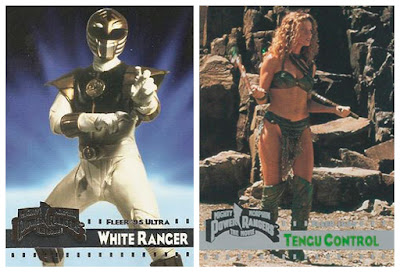 I remember taking my little brother to this movie when it came out in 1995. About halfway through the movie the power went out in the theater. We were given the option of waiting for the lights to come back on or get a refund. With a 7 year old Power Ranger nut with us, we stayed and enjoyed every minute of Ivan Ooze's reign of terror over Angel Grove! 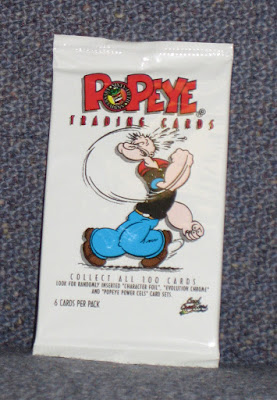 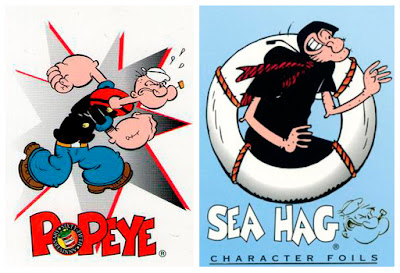 I worked at a store that sold these cards and every now and then when things would get slow, I would open a few packs hoping to track down some of the chase cards randomly inserted into the packs. These included Character Foil Cards (1:9), Evolution Chrome Cards (1:36), and Popeye Power Cels cards (1:360). I never got one, but the chase continues thanks to the Dollar Tree! 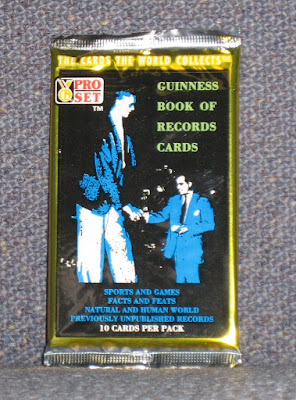 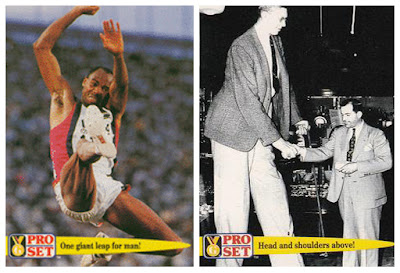 I never collected these as a kid, never had any desire to collect the set, but when old foil packs of trading cards can be had for $0.50 each, I'll add them to my collection. 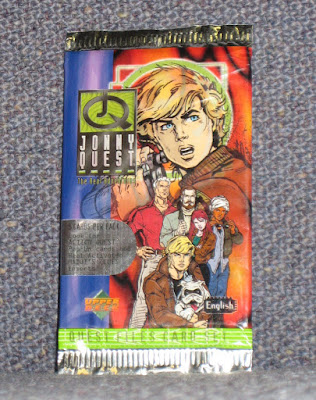 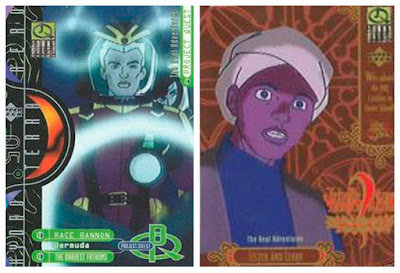 Oh Jonny Quest! In 1996 The Real Adventures of Jonny Quest debuted on Cartoon Network. The show was actually pretty entertaining as I remember, but only lasted 52 episodes. It had a mix of traditional animation and computer graphics that added to the new look Jonny. I never knew these cards existed until recently and when given the chance, I grabbed a pack for my collection. Chase cards in the set include Action Quest Pop-Up cards and Heat Activated Hadji's Clues inserts. 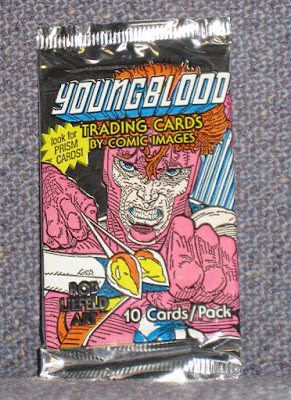 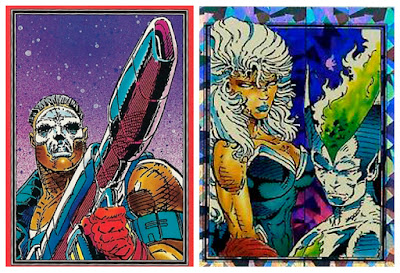 Lastly we have a pack of Comic Images Youngblood cards featuring art by Rob Liefeld. Back in the 90s Liefeld's art was the hottest around. Looking back now, not so much. I've talked about Comic Images card sets before and this follows the same pattern of basic art, little to no backgrounds and Prism Foil cards as the chase set. For all it's fallbacks, this set still takes me back to the 90s comic book boom that helped me fall in love with comics.
Posted by Spyda-Man at 2:47 AM