Back in the late 80s & early 90s Topps released a series of metal coins that had pictures of some of the biggest stars of the time. Me and my brother collected them, not as much as regular Topps Baseball Cards, but nonetheless we had a nice collection. Recently I found a value box of old baseball cards at target for around $5.99. The main reason I bought this box was because it contained about 30 of these Topps coins. 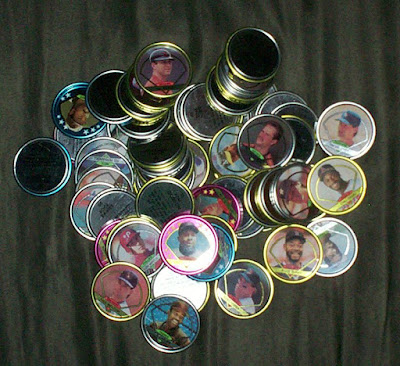 When I saw these in the box, I immediately had to buy it for nostalgia's sake. I'm pretty sure you can find these sets online for a fairly cheap price. A quick search and I was able to find the 1990 set for $7.99. 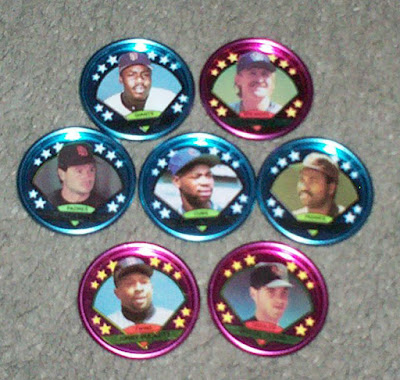 Just like most card sets, Topps Coins had their premium coins. These were your MVPs, Rookies of the Year and record breakers from the most recent baseball season. It was always at treat to see a blue or pink coin come out of your Topps pack. As kids, we treated these things like real GOLD! 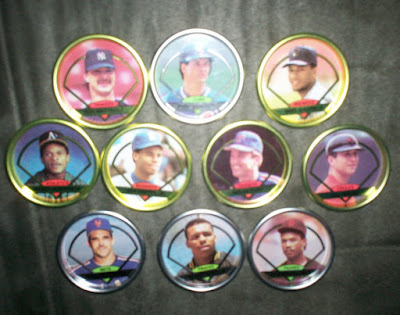 In the bundle I had bought, I was able to get some of my 1990s Baseball favorite players like Gary Sheffield, Cal Ripken, Howard Johnson, Rickey Henderson and Ken Griffey Jr.! The backs of these coins did not have your traditional season stats on them, but rather some season highlights for each player. For example the back of the Ryne Sandberg coin states "In 1989 Ryne set 2nd base record with 90 straight errorless games. He led Cubs with 176 hits and 30 HR." Who knew right!

Okay, so the real reason I spent $5.99 on a box of old cards and coins was to get this BO JACKSON coin from the 1990 set. I am a huge Bo Jackson fan and I never owned this coin as a kid, it was not even a question if I would leave this Bo collectable on the shelf at Target. 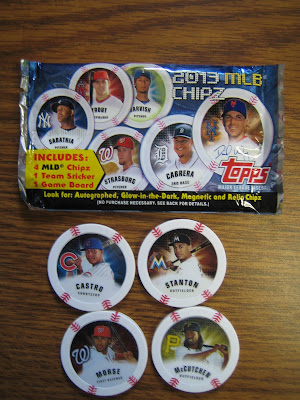 The closest thing we have to these coins today is the Topps Chipz line of collectables. These retail for around $2-$3 a pack, are pretty heavy duty and resemble poker chips in size and weight. The cool thing is that with every pack of Topps Chipz, you have the chance to pull an autograph, glow-in-the-dark, magnetic or relic chip! That's enough to keep me grabbing packs!
Posted by Spyda-Man at 3:12 AM