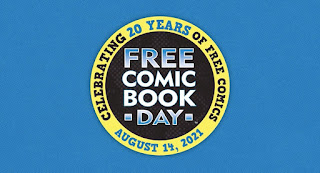 Saturday, August 14th is Free Comic Book Day! You can go to your local comic shop and choose from a variety of great comics from publishers like Marvel, DC, Darkhorse and more! If you want more info or need to know what shops are participating, check out the Free Comic Book Day website. Every year I take my kids out and make this day an event. It's something we look forward to every year. Here are my top five comics for the 2021 FCBD: 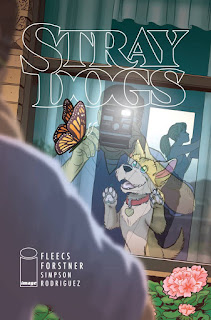 STRAY DOGS
(W) Tony Fleecs (A) Brad Simpson, Tone Rodriguez (CA) Tony Fleecs (A/CA) Trish Forstner
For FREE COMIC BOOK DAY, a special expanded edition of the hit IMAGE series, STRAY DOGS!
Meet Sophie, a dog who can't remember what happened. She doesn't know how she ended up in this house. She doesn't recognize any of these other dogs. She knows something terrible happened, but she just...can't...recall...WAIT! Where's her lady? This FCBD edition also features a BRAND NEW prologue, "That Doggie in the Window" the unnerving story of the very first dog to ever come to the Master's house. 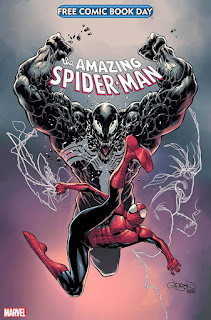 MARVEL SPIDER-MAN VENOM FCBD 2021 #1
(W) Al Ewing, Ram V. (A) Bryan Hitch
Free Comic Book Day is the perfect chance to dive deep into the Marvel Universe with new stories and exciting adventures alongside some of Marvel's most acclaimed creators - and this year, Marvel is bringing you the biggest and boldest stories yet!
Starring Spider-Man and Venom!
Exclusive Original Material 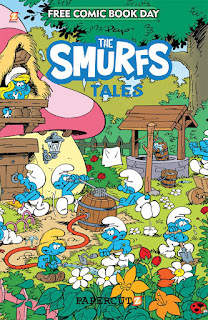 SMURFS TALES
(W) Peyo (A/CA) Peyo
The Smurfs are back! To celebrate the new animated TV series premiering on Nickelodeon Fall 2021, Papercutz is releasing a new series of graphic novels entitled THE SMURFS TALES. This new series is three times bigger than the previous SMURFS Papercutz graphic novel series, and what that means is a lot more Smurfs plus other beloved creations by Peyo such as Johan and Peewit, the young page and the court jester; and Benny Breakiron, the super-powered little boy. Join Papa Smurf, Smurfette, Brainy Smurf, Hefty Smurf, and so many smurfy others for fun and adventure in the comics that inspired the cartoons, toys, and Nickelodeon series. But be careful, Gargamel, Azrael, and trouble never seem to be too far behind! 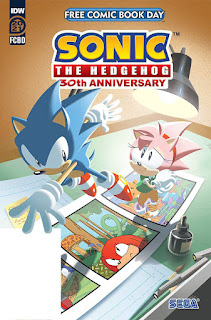 SONIC THE HEDGEHOG 30TH ANNIVERSARY
(W) Gale Galligan (A) Thomas Rothlisberger (CA) Tracy Yardley
Celebrating 30 years of the world's fastest hedgehog! There's no telling how Sonic will react when he sees the results of Amy Rose's new hobby-she's been making tell-all comics about her adventures with Sonic, Miles "Tails" Prower, and their friends! New York Times bestselling author Gale Galligan (The Baby-Sitters Club graphic novels) spills the beans! Plus, fun extras to catch readers up on Sonic's ongoing adventures, on the road to issue 50! Sonics 30th anniversary celebration will be a huge priority for IDW and Sega this year! 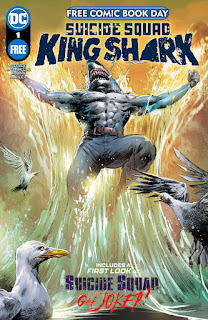 Just in time for The Suicide Squad movie written and directed by James Gunn, releasing in theaters and HBO Max on August 6th, with this incredible special edition that features the world’s deadliest villains. Discover more about the breakout character from Task Force X in an original Suicide Squad: King Shark story written by New York Times bestselling author Tim Seeley (Nightwing) and illustrated by award-winning artist Scott Kolins (The Flash). This 32-page issue also includes a preview of the sensational Suicide Squad: Get Joker! limited series by writer Brian Azzarello (Batman: Damned) and artist Alex Maleev (Checkmate). An incarcerated and angry Red Hood receives a chance at freedom from Amanda Waller. All the former Boy Wonder needs to do to gain his freedom is lead the Suicide Squad on a mission to terminate The Joker. Paired up with Harley Quinn and Gotham City killers such as Firefly and Killer Croc, he doesn’t care if any of them come back alive, as long as The Joker dies!