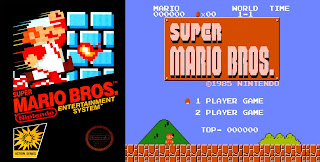 If you were alive in 1985, you were playing Super Mario Bros. on the NES. stomping on Goombas, dropping Bowser into lava and finding Warp Zones. This was pre-internet, so one of the only ways to find out the most valuable game secrets was by word of mouth. Sometimes these tips were total crap other times they were as valuable as gold. Who would have thought that over 30 years later these Italian plumber Brothers from Brooklyn would still be as popular and recognizable all over the world. Back in the 80s you had Mario's face on everything from t-shirts to fruit snacks and today you can still find him on...t-shirts and fruit snacks. Looking around my house, I guess I didn't realize how much stuff I owned with the Super Mario branding on it. Here are a few selections from the collection: 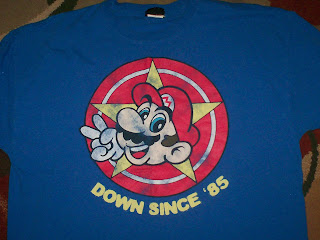 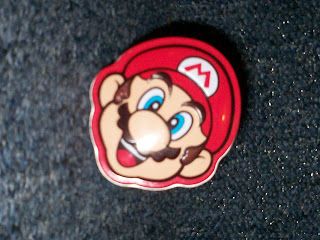 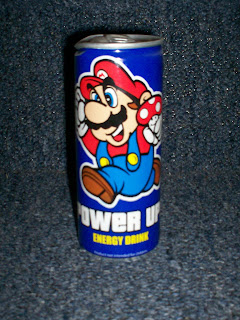 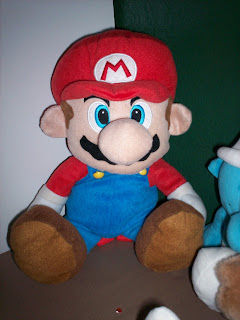 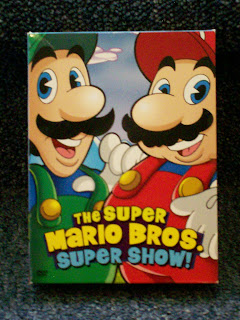 Super Mario Bros. Super Show Season 1 DVD (Shout Factory, 2009)
Every weekday afternoon after school, me and my brother would plop down in front of the TV and watch The Super Mario Bros. Super Show! It was amazing to see our Nintendo 8-Bit heroes come to life on the television screen. The theme song was annoyingly catchy. We enjoyed seeing the celeb of the week, be it Magic Johnson, Nicole Eggert or break dance legend Shabadoo share the screen with Luigi and Mario (played by WWF Legend Captain Lou Albano)! Monday through Thursday was filled with Mario cartoons. Then on Friday, it was time to bug out because that's when The Legend of Zelda was on! It was so epic! Enjoy an episode below and share in the joy that is
The Super Mario Bros. Super Show.
Posted by Spyda-Man at 5:34 AM