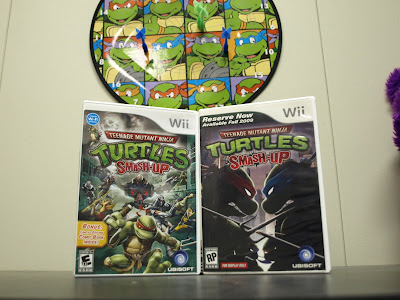 In 2009 Ubisoft Entertainment released Teenage Mutant Ninja Turtles Smash Up for the Nintendo Wii as part of the Turtles 25th Anniversary celebration. The same group who worked on Super Smash Bros. Brawl put in time on this game. So you know exactly what type of game you got? A beat em' up 1-on-1 brawler featuring the Turtles and their extended family! 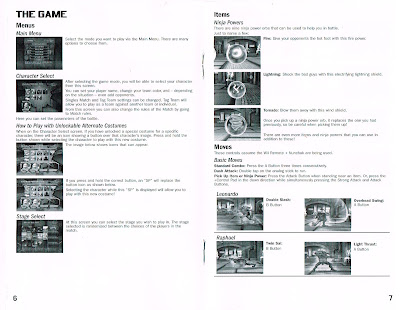 The game played much like any other fighting game. You choose your fighter, your opponent chooses theirs and you fight to win 2 out of 3 matches. The cool thing about this game though is not only do you get to play with the TMNT, but the stages have great designs and surprises. You could be in the sewers fighting a Foot Soldier and an alligator will pop out and take a bite out of you during a match and you can destroy most of the environments and set traps for other players to fall into. These little touches make the game all the more fun to play. 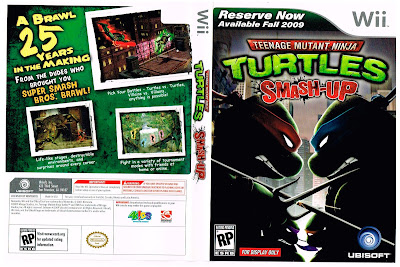 As you can tell, I am a big Turtle fan and wanted this game once I heard it was announced to drop in the Fall of 2009. My wife pre-ordered me a copy from Game Stop, but wanted something for me to unwrap on my birthday. The folks at Game Stop allowed her to take home the display case off the shelves. This was what I opened on my birthday! 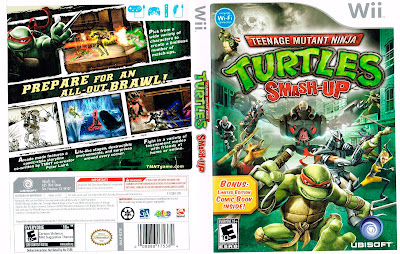 Once the game was released and we were able to pick up my copy at the store, I noticed that the artwork on the box was drastically different from the one I received earlier. I kind of prefer the display box art over the finished version. 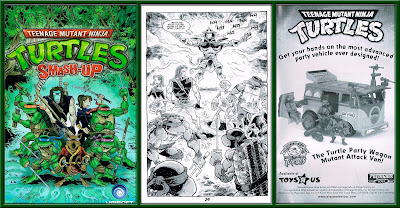 The game also included cut scenes that were written by Turtles co-creator Peter Laird and drawn by long time Mirage Publishing artists Jim Lawson and Eric Talbot. To set up and explain the story for the game, included in the box was a short "Prequel" comic that tells the tale of Shredder kidnapping Fugitoid and the Turtles attempting to get him back!
I do enjoy this game, but not as much as Super Smash Bros. I feel like the roster could have been expanded much more. There are 16 different characters in Smash Up and 3 of those are Rabbids. The other thing I would change was the appearance of the characters. They take their look from the 2007 movie, TMNT. I would have preferred the original look of the comics as was portrayed in the cut-scenes. The stages are fun and the story cut-scenes are a treat for Turtles comic readers, but I feel it lacks a little something that would take it to elite status.
Posted by Spyda-Man at 2:48 AM