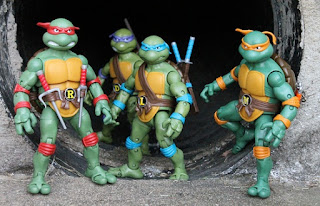 These figures came out in 2012 and they are amazing! The Classic Teenage Mutant Ninja Turtle line was what I had been waiting decades for. A figure that actually looks like the characters from the cartoon series. Yes, I absolutely love my original TMNT action figures from the original Playmates line, but these ones had great sculpts, articulation and the paint jobs were fantastic (except for my Donnie, he seems to have a wandering eye?). The accessories are another great addition to this line. The weapons look great, Mikey finally has a set of Nunchaku with a real chain connecting them and the sewer cover stands work well for display. The price point of $20 each was my only complaint, but I bought them and I am glad I did! 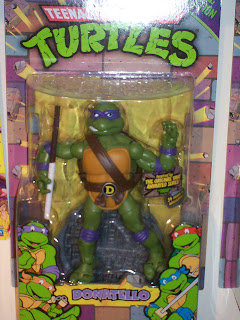 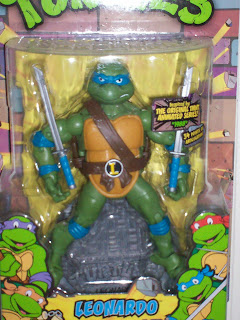 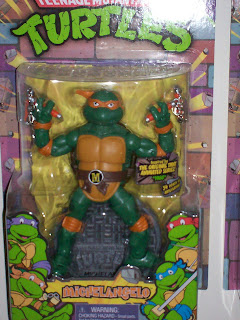 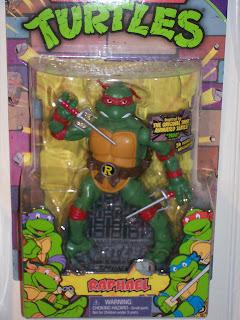 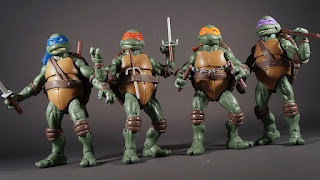 A few years ago Playmates released another line of Ninja Turtle Classics figures based on the 1990 movie by New Line Cinema. I was crazy excited to hear this news...until I actually saw the figures. The sculpts really don't stand out as anything special, the paint jobs are dull and I was just underwhelmed by these. I guess I was expecting them to be more like the original Playmates "Movie Star" line from the 90s. Once again at $20 a piece, I would rather save my money to buy the original toys off ebay.

Maybe it's the nostalgia attached to the 90s versions that makes me prefer them to the new figures?
Posted by Spyda-Man at 9:15 AM