Retro on the Cheap: 90's Comics 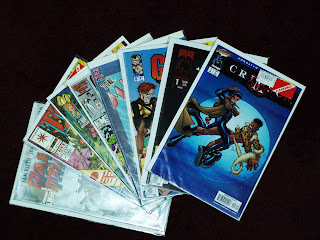 Out at a local entertainment store yesterday I saw a few bins of comics labeled "4 for $1!" As a comic collector how could I resist. Of course there were not any of the popular comics we know and love like Spider-Man, Superman or Batman. Instead it was full of 90's small press comics that came out during the height of the indie comics boom. I remember some of these comics being listed as "HOT" in the industry mags back in the day, now they are in the quarter bin. No wonder the boom busted. Here's what I picked up: 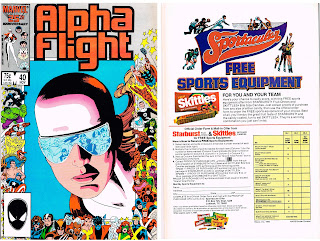 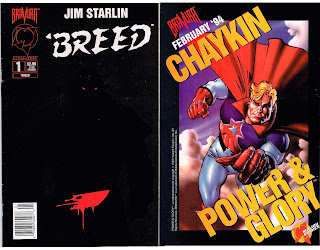 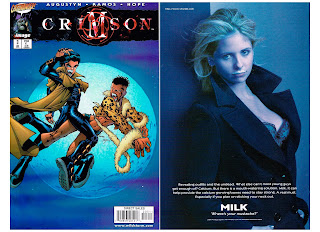 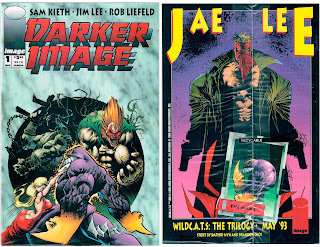 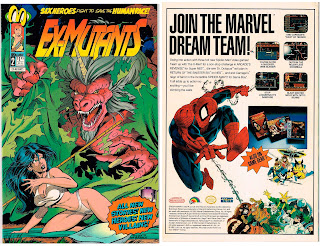 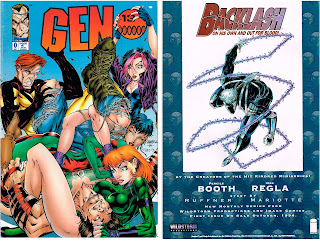 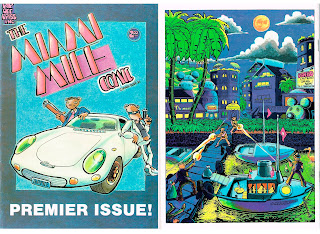 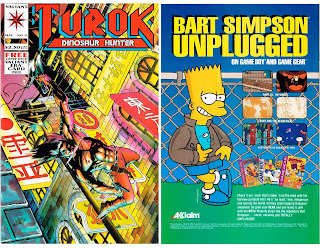 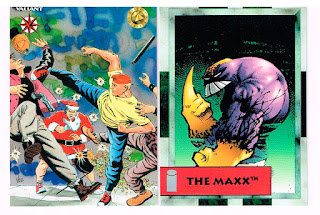 In addition to the comics, I also scored these great collectors cards. Remember when every comic had some kind of gimmick to try and get you to buy their book? I kinda miss that...and I kinda don't. So altogether I walked up to the counter thinking I was gonna spend $2. After everything was rung in the grand total was $1.64! That's about $0.20 per comic. I know this is not the first appearance of Deadpool, but for the money I was pleased with my purchase.
Posted by Spyda-Man at 9:01 AM

Email ThisBlogThis!Share to TwitterShare to FacebookShare to Pinterest
Labels: Comics, Maxx, Retro on the Cheap, Simpsons